Mariano Rajoy, Spain’s prime minister, appears to have won the vote in his home region of Galicia, but a clear win for nationalist parties in the Basque Country could soon prove a headache for the central government.

According to exit polls on Sunday, the ruling centre-right People’s Party was set to retain its absolute majority and government in Galicia with 39 to 42 seats in the regional parliament compared with 18 to 20 seats for the Socialist Party and 15 to 18 seats for two nationalist parties.

Opinion polls before the vote had indicated the PP would win 39 or fewer seats.

In the Basque Country, the Basque nationalist PNV (Partido Nacionalista Vasco) was set to win with 24 to 27 seats, compared with 23 to 26 seats for Bildu, a pro-independence party, 13 to 15 seats for the Socialist Party and 9 to 11 seats for the PP.

The vote in Galicia, where austerity steps were taken by the People’s Party even before Rajoy took national office one year ago, had been seen as a referendum on the Spanish government’s handling of the euro zone crisis.

European officials and analysts said Rajoy wanted to wait until after the election before requesting more European aid because he feared conditions, such as a reform of the pension system, could anger voters.

Rajoy, who received a euro zone pledge in June of up to 100 billion euros to recapitalise a banking sector hit by a burst real estate bubble, said on Friday he had still had not decided whether to request a sovereign bailout.

Senior euro zone officials told Reuters they expected an aid request to be made next month.

Spain has fallen into its second recession since 2009 and the International Monetary Fund has forecast the economy will contract by 1.5 percent next year. Unemployment is at 24.6 per cent.

The Galician result will give Rajoy some political breathing space after polls showing him losing support amid massive demonstrations against spending cuts in public services and successive tax increases.

In the Basque Country, the outcome of the vote, as expected, was influenced by recent tensions between central government and the regions on whether to reduce the provinces’ power.

Nationalist parties are also set to win in another regional vote in Catalonia on November 25.

Both regions, where parties advocating a greater autonomy or even full independence will have a majority in the local parliament, will likely provide a fresh challenge to Rajoy’s policies for increased centralisation.

Opposition parties have accused the government of using the crisis to claw back the extensive powers of its 17 autonomous regions, whose overspending was partly to blame for the failure of the country to meet its deficit targets last year.

The central government has offered funding to the regions in exchange of more control over local finances. So far, seven regions, including Catalonia, have said they would tap this liquidity line. The Basque Country is not expected to do so. 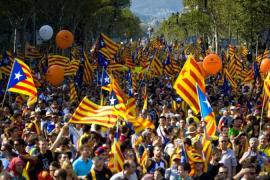 Catalans press for secession from Spain 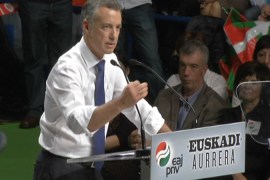 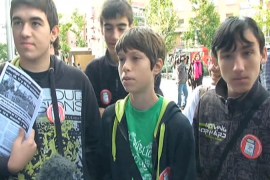 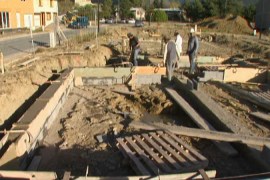