Palestinians in the West Bank have gone to the polls in long-delayed municipal elections that have highlighted deep political divisions in the Israeli-occupied territory.

Saturday’s ballot is being contested by an array of independent candidates, including the West Bank’s first all-female political party which is standing in the city of Hebron.

Security forces throughout the West Bank cast their vote on Thursday in order to free themselves to supervise the civilian vote on Saturday.

“…security forces commenced to participate in their democratic right to vote in the local elections in order to free themselves up to carry out their duties on Saturday,” Layla Ghanam, governor of Ramallah, said.

Streets and roundabouts across the West Bank were plastered with posters of hopeful candidates promising everything from cleaner streets and better transport to jobs and free Wi-Fi.

Hamas, the movement which controls the Gaza Strip, was not participating in the West Bank vote, and analysts say that the best way to measure support for the party would be to look at voter turnout.

Turnout at the last vote was estimated at about 80 per cent, so a sharp fall-off would show Hamas voters had stayed at home.

“In the West Bank the percentage of those who are registered to vote is 77 per cent, this is a high percentage compared with the rest fo the world,” Hisham Kuhail, the chief electoral officer, said.

“Gaza has a smaller percentage since we were unable to update our registry since 2007.”

Whatever the turnout, the pro-Western Fatah party could still lose what should have been an easy victory.

The vote is being challenged by well-known Fatah dissidents, who have put themselves forward after failing to book a berth on the official party lists.

Preparations for the elections have largely gone without controversy, with the Central Election Commission seen as having maintained its independence and the respect of the local residents and parties.

A High Court decision to postpone elections in the Dura area in the Hebron district, was criticised but observed and respected.

A change to the borders and councils in Dura took place after the election process had started, forcing the court to postpone elections in that council in order to adjust ballots and give all candidates time to register.

“We, as we mentioned in our statement, were forced to carry out the court decision, we can not challenge it accept through the courts,” Kuhail said.

The decision to hold a municipal election just in the West Bank is a tacit admission that the land-locked territory is, for all intents and purposes, already a distinct entity from Gaza.

However, a decision to hold national votes for a new president or parliament, although already overdue, would effectively seal the separation – a step neither Palestinian President Mahmoud Abbas nor Hamas wants to take at this stage.

The municipal vote might be the last election that Palestinians can vote in for some time.

There have been no direct Palestinian talks with Israel since 2010, when the Israeli government refused to suspend illegall settlement building in the occupied West Bank and East Jerusalem. 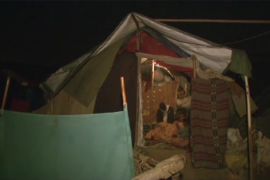 This isn’t a financial crisis like anywhere else: this is a people, government and economy under occupation. 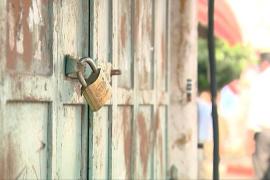 Residents hope protests will drive the Palestinian Authority to do something about poor economic conditions. 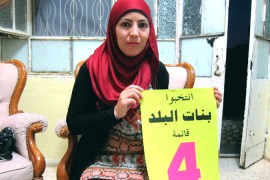 Blocs of all-female candidates mobilise for municipal elections in Palestine, demanding “men stop choosing” for them. 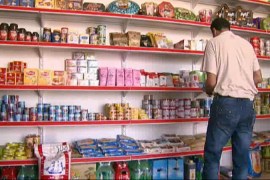