Seveal thousand protesters have marched through London calling for an end to public spending cuts and tax rises in Britain launched by a government they accuse of elitism and ignorance about the plight of recession-hit voters.

Blowing horns and whistles, demonstrators streamed past the Houses of Parliament on Saturday behind a banner declaring “Austerity is Failing”, and called on David Cameron, prime minister, to do more to revive Britain’s struggling economy.

The Conservative-led coalition is reeling from the resignation on Friday of a senior minister accused of calling police “plebs”, a class-laden insult for working people, and the perception that they are out of touch.

The government says it must stick to its plan to eliminate a budget deficit that stood at 8 per cent of gross domestic product last year, the biggest of any major European country. It says the euro zone crisis has also cast a shadow over the British economy.

Cameron’s party faced a barrage of negative headlines over the departure of Andrew Mitchell – the “Chief Whip” or party enforcer – four weeks after he swore at police guarding the gates to the prime minister’s Downing Street office.

A separate row involving George Osborne, the finance minister, who sat in a first-class train carriage with a standard-class ticket before paying for an upgrade, added ammunition to critics who say the Conservatives are privileged and aloof.

“He is a weak and clueless prime minister,” he told a cheering crowd.

“Andrew Mitchell may have resigned but the culture of two nations runs right across this government. They cut taxes for millionaires and they raise taxes for ordinary families.”

However, Miliband was booed when he told demonstrators that Labour would have had to make cuts too if it had won the last election, albeit at a slower pace.

Nurses, cleaners, librarians and ambulance drivers were among those who joined the march and a rally in London’s central Hyde Park, in one of the biggest anti-austerity protests this year. Organisers estimated that 150,000 people took part.

Marches also took place in Belfast, Northern Ireland, and Glasgow, Scotland. Police said the London march had passed peacefully and they expected to report a low number of arrests in a bulletin later.

Trade union leaders are trying to use the rally to pile more pressure on Cameron, telling protesters the government’s economic plan has failed and only prolonged Britain’s recession.

The coalition government had responded to calls from unions and the opposition Labour Party to do more to increase growth by relaxing planning laws and boosting lending to businesses.

Cameron’s party staked its 2010 election campaign on the austerity programme, calling for deeper cuts to welfare spending while dismissing the idea of a tax on the wealthy.

In an emergency budget announced after winning power, his coalition government said it would cut most departmental budgets by an average of around 20 per cent over four years.

It announced a public sector pay freeze, set a new ceiling on the total state benefits any family can receive and cut tax relief on pensions. The VAT sales tax went up to 20 per cent.

Grant Shapps, Conservative Party chairman, said opposition Labour and the unions had “turned a blind eye” to the need to rein in spending.

“By marching with them, Ed Miliband proved he still stands for more spending, more borrowing and more debt,” Shapps said. 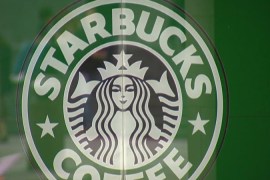 Anti-austerity campaigners say many big corporations are failing to paying their fair share of tax in Britain. 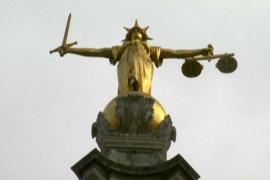 Selling off Britain: Lost in translation?

Privatisation of language services within the UK justice system has led to fears of miscarriages of justice. 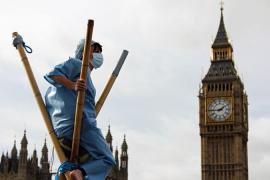 British hospitals are not royal palaces, but they’re both funded the same person – the UK taxpayer. 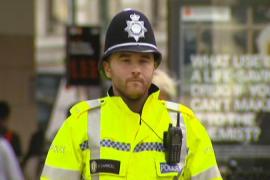 Selling off Britain: Privatising the police

Plans to replace officers with contractors raise fears over policing for profit.