Yemeni military officials have blamed al-Qaeda for setting off a bomb during an assault on an army base that killed at least 15 soldiers and wounded 29 others.

Eight al-Qaeda fighters were also killed in the attack which occurred at dawn on Friday, the officials said.

The attackers drove through several checkpoints before entering the base of the Yemeni army’s 115th brigade in southern Abyan province, where a drone raid killed at least seven al-Qaeda members the day before, one official told the AFP news agency.

“Four members of al-Qaeda with explosive belts … travelling in a military vehicle managed to pass through several army checkpoints to reach the camp” at Shuqra, 35km from provincial capital Zinjibar, another official said.

“Two soldiers were killed at the entrance of the base by the assailants who then continued their journey to the camp where three of the four occupants got out of their vehicle, while the driver blew himself up,” said the official.

The army killed the three men who got out of the vehicle, including one who managed to escape briefly, officials said, adding that four other men who stormed the base following the explosion were also killed.

The men used a Yemen army vehicle which was part of equipment seized last year when hardline Muslim armed groups overran towns in Abyan before the areas were regained by authorities in an all-out offensive in May.

The attack came 24 hours after rockets fired from a US drone near the southern city of Jaar killed at least seven suspected members of the terror network, including a local leader, an official in the region said.

Several military sources said the attack was in response to the raid.

Officials say al-Qaeda fighters have been trying to position themselves near Yemen’s main southern cities to carry out operations against the army and the Popular Resistance Committees, local pro-army militias. 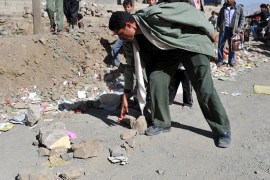 Qassem Aqlani, Yemeni head of security at the US embassy in Sanaa, shot dead on way to work by motorcycle gunman. 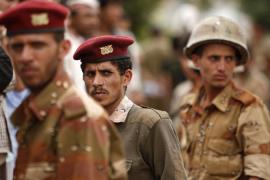 Arrival of US marines stirs up Yemen politics

The quiet arrival of around 50 US soldiers has proved a useful weapon for President Hadi’s critics. 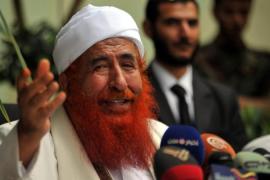 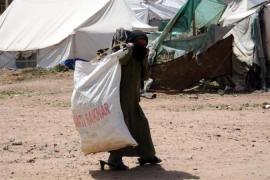