European leaders have arrived for a two-day European Union summit in Brussels, with France pushing back against Germany’s call for a new czar with wide powers to veto countries’ budgets.

In an address to the German Bundestag on Thursday in advance of the Belgium meeting, German Chancellor Angela Merkel endorsed a proposal for the EU’s monetary affairs commissioner to become an enforcer of the bloc’s budget rules including the power to refuse member countries’ proposed budgets and send them back for changes.

Germany hopes that having a “budget czar” – a move that has been toyed about for months – will keep governments from overspending and needing new expensive bailouts.

The idea is likely to be strongly opposed by members concerned about any increase in the EU Commission’s powers.

While few concrete decisions are expected to emerge from meetings of the 27 national leaders on Thursday and Friday, the summit is expected to focus on plans for a banking union.

The aim is to agree first on joint banking supervision, with the European Central Bank playing the lead role, but Britain – the EU’s main financial centre – wants safeguards to protect the powers of the Bank of England.

French President Francois Hollande – increasingly the counterpoint to Germany’s weight in the EU – brushed off the suggestion as simply not on the table at this summit in an interview with the UK’s Guardian newspaper.

“The only decision that we have to take, to confirm, is putting in place a banking union by the end of the year,” he said.

Al Jazeera’s Nick Spicer, reporting from Brussels, said: “The body language of Merkel and Hollande did not bode well. France wants a banking supervisor by January 1.

“However, Merkel does not want to do anything in her election year in 2013.”

Hollande wants the bank supervisor in place because leaders have agreed that, once there is proper supervision, struggling financial institutions will be able to tap Europe’s bailout fund directly.

That would be a huge relief to countries like Spain, which are facing the prospect of taking on enormous debts – and worrying markets in the process – in order to bail out their banks.

Merkel again insisted on Thursday that “quality must come before speed” in setting up the bank supervisor.

With no relief in sight for Spain, the question of whether it will ask for a bailout itself will perhaps be discussed.

The government in Madrid said this week that it would decide in the coming weeks although it is still hoping it can avoid asking for any kind of aid.

Leaders could also discuss Greece, where rioters were pelting police with Molotov cocktails and chunks of marble on Thursday in protest against the stringent budget cuts the country has had to implement in order to secure its rescue loans.

Greece’s bailout creditors – the EU, the International Monetary Fund and the European Central Bank – have been engaged in tough negotiations in recent weeks over more budget cuts.

The troika, as the group of creditors are known, have said they will not release the next batch of loans until more savings are made.

Without those loans, Greece will default and probably be forced to leave the eurozone. 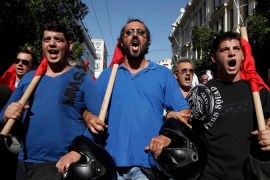 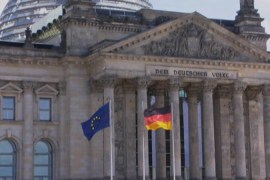 Despite financial aid increases, some experts say Berlin cannot continue to bail out its neighbours. 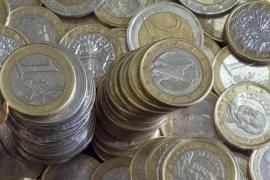