Cubans who wish to travel abroad will no longer require an exit permit as from January 14, 2013, according to the foreign ministry.

The changes, announced on Tuesday, also include an extension to the period citizens are allowed to remain abroad from 11 to 24 months.

The ministry said in a statement that the new law would take effect within 90 days.

The announcement will come as a welcome relief to frustrated citizens who have endured stringent travel restrictions for half a century.

In order to travel abroad legally, Cubans have had to provide letters of invitation and obtain permits with a validity of just 30 days.

The permits can be extended 10 times, after which the traveller must return to Cuba or lose their right to reside in the country.

The complex bureaucratic process for obtaining the required permits often includes a variation of fees that make travel abroad unaffordable for many Cubans, whose average monthly salary amounts to less than $20.

The procedures, however, failed to prevent 30,000 Cubans from annually emigrating in search of a better life abroad -sometimes over harsh sea voyages using rickety boats.

The US government introduced legislation in 1966 granting Cubans automatic residence on reaching the United States.

Last year, President Raul Castro announced that the government was planning immigration reforms that would be introduced gradually.

Castro’s reforms over the past two years are aimed at upgrading Cuba’s state-dominated economy, while maintaining one-party rule. 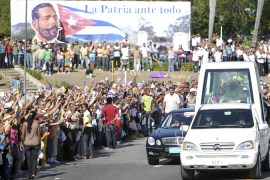 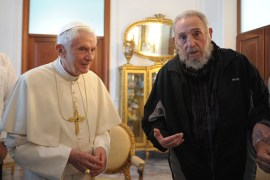 Pope criticises US embargo on Cuba

Head of Catholic Church says 50-year-old trade ban unfairly burdens Cubans as he wraps up his visit to communist island.