The Mauritanian president has appeared on state television, assuring his people that he was in good health following what he said was his accidental shooting by soldiers, before flying to Paris for further treatment.

Mohamed Ould Abdel Aziz, 55, was shot late on Saturday as he returned to the capital, Nouakchott, from a weekend retreat.

“I want to calm all citizens. The operation last night was a success thanks to the effectiveness of the medical team,” he said in a statement broadcast on the state-owned TVM station on Sunday.

“I want to reassure everyone about my state of health after this incident committed by error by an army unit on an unpaved road near Touela. Thanks to God, I am doing well.”

This second operation comes after an operation at a Mauritanian military hospital to remove a “bullet from his body,” a security source told the AFP news agency on condition of anonymity.

The government has played down the shooting, saying Abdel Aziz was only “slightly wounded” and that the shooting was an accident as the soldiers didn’t realise that they convoy was his.

A security source had earlier told AFP that the president had been directly targeted.

The source did not specify where the bullet had lodged but said none of his vital organs had been hit and “his life is not in danger.”

Unconfirmed media reports in Nouakchott said variously that Abdel Aziz had been hit in the arm or the abdomen.

Mahjoub had sought to reassure about Abdel Aziz’s health in his televised remarks.

“The Mauritanian people can be reassured, the president is fine… He was slightly wounded, and he got out of the vehicle unassisted upon arrival at the hospital, where he walked in without difficulty,” he said.

Earlier, a security source told AFP news agency that Abdel Aziz was hit in the arm by a bullet that an unknown attacker fired at him as he was driving from his weekend retreat in nearby Tweila.

The assailant in a car “directly targeted” the head of state, he added, without giving any indications as to the identity of the attacker or the motive.

“The president’s life is not in danger. He got out and walked to a military hospital where he received first aid,” the source said.

Analysing the developments, Al Jazeera’s Mohamed Vall said: “Little has so far been revealed about who shot him, regardless of whether or not it was in error.

“The incident certainly challenges the government’s account that he was in a presidential convoy when a security patrol opened fire on him personally and wounded him in particular – all by mistake.

“After all, Mauritania is notorious for its history of military coups. It has seen at least half a dozen since 1978.

“Abdel Aziz himself staged two of them; the first against former dictator Mouawyia Ould Taya in 2005, and the second against a democratically elected civilian government in 2008.”

Opposition politicians accuse Mohamed Ould Abdel Aziz of despotism and mismanagement and having failed to heed commitments made in the Dakar Accords that led to his election in 2009, a year after he seized power in a coup d’etat.

The opposition wants a transition government to take over from Abdel Aziz and find a way out of the crisis, dealing with issues such as unemployment, slavery and attacks on human rights.

Abdel Aziz has insisted he will not resign, despite a series of opposition protests.

“I have no intention of leaving power because I think that in a democracy, change must be done through the ballot box,” Abdel Aziz said in August.

He has led a military campaign against Al-Qaeda in the Islamic Maghreb (AQIM).

He has been the subject of several failed assassination attempts by AQIM, a north African group loosely associated with al-Qaeda, according to sources.

AQIM, which stems from a group started in the late 1990s by radical Algerian Islamists, formally subscribed to al-Qaeda’s ideology in 2007, but after a string of attacks, the Algerian army managed to severely curtail its operations.

It has since been boosted by the turmoil in neighbouring Mali that followed a coup there in March, with hardline Islamists occupying the country’s vast northern region. 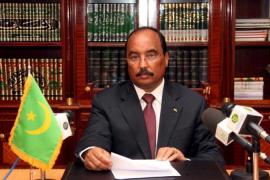 Was the shooting of the president friendly fire, as officials sources say, or something more deliberate? 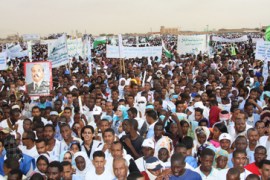 Mauritania at a crossroads

A former slave, an economist and a general are vying for the top job in Nouakchott.