The UN Security Council has approved a resolution that gives West African nations 45 days to offer details of a plan for international military intervention in Mali, now split in two.

The text approved by the council on Friday also urges authorities in Bamako and representatives of Tuareg rebels and Islamist fighters controlling the north to “engage, as soon as possible, in a credible negotiation process”.

The members warned that the process should be undertaken with a view towards “a sustainable political solution, mindful of the sovereignty, unity and territorial integrity of Mali”.

Mali descended into chaos in March when soldiers toppled the president, leaving a power vacuum that enabled Tuareg rebels to seize two-thirds of the country.

But fighters, some allied with al-Qaeda, have hijacked the revolt in the north.

The 15-nation council unanimously passed the French-drafted resolution in a bid to revive stalled attempts to deal with the crisis.

In the resolution, the council expressed “grave concern about the continuing deterioration of the security and humanitarian situation in the north of Mali, the increasing entrenchment of terrorist elements including al-Qaeda in the Islamic Maghreb, affiliated groups and other extremist groups, and its consequences for the countries of the Sahel and beyond”.

The council asked UN Secretary General Ban Ki-moon to work with the Economic Community of West African States (ECOWAS) and the African Union in order to submit to the council within 45 days “detailed and actionable recommendations” in preparation for the deployment of an international military force in Mali.

A first draft of the resolution called for a 30-day timetable, but 45 days was later deemed to be more realistic.

After details for military intervention are submitted, the council would still have to pass a second resolution to give the green light to the deployment. That is not expected to happen before the end of the year.

Bamako has formally requested a UN mandate for an international military force with a deployment in Mali of West African troops that would help reconquer the north.

For some six months now, the Security Council has called in vain for details on the intervention, including its objectives and logistical needs. 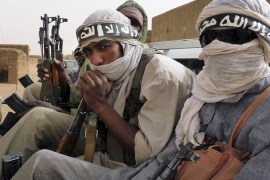 A military solution for Mali rebellion?

As northern towns suffer increasing repression by rebels we ask if regional military intervention can stop the violence. 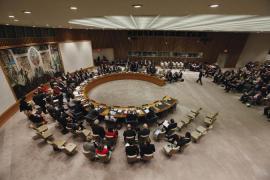 The UN’s plan to reconquer Mali

The UN is set to lay the groundwork for an armed intervention in Northern Mali.