A Pakistani schoolgirl shot in the head by the Taliban remains on a ventilator in hospital, as people continued to pray for her recovery, the military has said.

The shooting of 14-year-old Malala Yousafzai, who campaigned for the right for women to have an education, has been denounced worldwide and by the Pakistani authorities, who have offered a reward of more than $100,000 for the capture of her attackers.

“[The] health condition of Malala continues to remain satisfactory. Her vitals are okay and she is still on ventilator,” the military said in an update on Saturday.

“A board of doctors is continuously monitoring her condition,” it added.

Prime Minister Raja Pervez Ashraf visited Malala on Friday, paying tribute to her and two friends who were also wounded when a gunman boarded their school bus on Tuesday and opened fire.

“It was not a crime against an individual but a crime against humanity and an attack on our national and social values,” he told reporters, pledging renewed vigour in Pakistan’s struggle with so-called Islamist militancy.

Military spokesperson Major General Asim Saleem Bajwa on Friday said the next 36 to 48 hours would be critical for Malala.

The attack has sickened Pakistan, where Malala won international prominence with a blog that highlighted atrocities under the Taliban who terrorised the Swat valley from 2007 until a 2009 army offensive.

Schools in Afghanistan opened Saturday with special prayers for the quick recovery of Yousafzai, in a move officials said was to show solidarity with her. 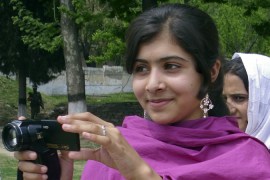 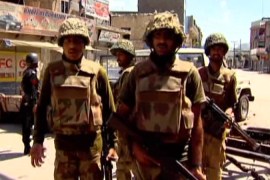