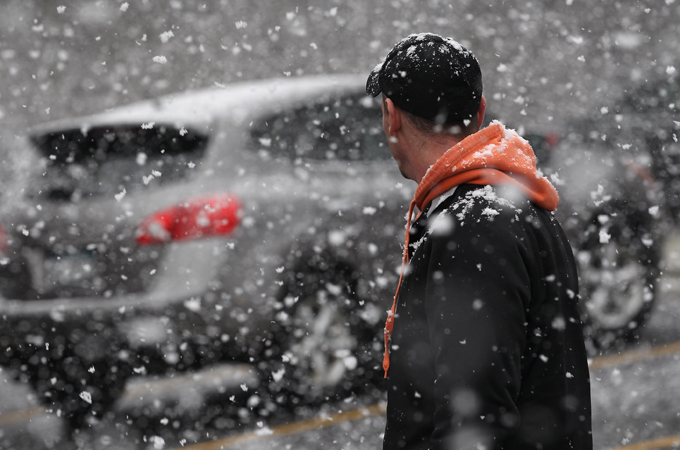 The first major snow storm of the season is in the making and is promising to bring hefty amounts of the white stuff to the US northern tier states as well as Ontario, Canada.

Just two weeks into autumn, and the air masses coming out of the north are now starting to be cold enough to change rain into snow.

On Thursday an area of low pressure with its counterclockwise circulation was located over Wisconsin. Just to the west of this low, colder polar air from Alberta was being pulled into the US Rockies and northern Plains. Ahead of this low, plenty of warm moist tropical air has been moving north, keeping central and eastern cities warmer than average.

On Thursday, North Dakota will wake up to snow beginning to cover what was left of their lawns, but this is only the beginning. Over the next three days the amount of snow will be impressive.

The US states of Wyoming, Montana and Colorado could see a layering of snow of up to 4cm, just enough to make the season’s first attempt at a snowman. It is into Wisconsin and Ontario that the snow could reach depths of up to 50cm.

While the season’s first snowfall will be a sight to see, it is going to be quite dangerous as well. Over the next several days, temperatures will climb into the single digits during the day, allowing for some of the newly fallen snow to melt. Unfortunately, overnight, temperatures will sink back down below freezing and any melted snow will refreeze, making roads and surfaces very slippery.

Is this an indication of what’s to come? The private weather firm, Accuweather, has just released a winter forecast for the region. It is predicting that the winter across the northern part of the country will see below-normal amounts of snow. If this prediction holds true, US farming could again suffer next year from not enough water.