Spanish police say they have arrested a man who allegedly planned to plant bombs at a university in the Balearic Islands.

The 21-year-old suspect was arrested in Palma de Mallorca, the capital city of the Balearic Islands, on Wednesday.

His personal diary and other papers revealed plans to attack the University of the Balearic Islands, in an attempt to imitate the 1999 US Columbine school killings.

In a statement issued on Thursday, police said that they had seized 140kg of bomb-making material during the arrest operation.

The statement added that in his diary and internet blog, the man talked of his admiration for the perpetrators of the Columbine attacks – in which 12 people were killed – and how he planned to place several bombs around a campus in Palma.

Montserrat Casas, the rector of UIB, as the university is known, said she was relieved that a tragedy had been avoided thanks to police action.

There was no evidence, she said, that the detainee had ever studied at UIB or had had any other connection to it, nor had the university ever received any threatening letters.

They said he had initially tried to purchase guns to carry out the attack but then opted to use bombs.

Identified only by the initials JMMS, he was detained on Wednesday just as he received more than 140 kilograms of exposives that he had bought online, police said in a statement.

“In his personal diary and other documents seized at his home, the detainee showed his hatred of society, epecially university students, and his decision to strategically place shrapnel-filled pipe bombs in the university grounds, admitting to a possible suicide in the carrying out of the massacre,” the statement said.

Police launched an investigation five months ago after the suspect’s blog showed sympathy for Eric Harris and Dylan Klebold, who carried out the Columbine school massacre in Colorado on April 20, 1999, shooting dead 12 students and a teacher.

“In his blog he included sections in which he spoke about having identical tastes in music, a liking of weapons, clothing and even the social isolation which led him to be marginalised in school,” the statement said. 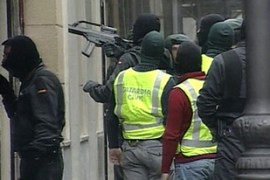 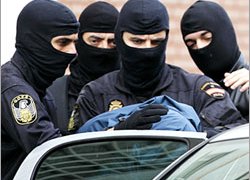 Spanish police have arrested 16 people suspected of recruiting fighters for Iraq in cities across Spain, the Interior Minister says. 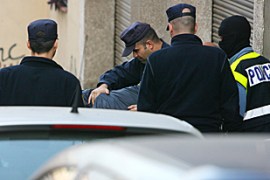