Israel has said the online publication of thousands of its citizens’ credit card details by a hacker who says he is based in Saudi Arabia is comparable to terrorism, and promised to hit back.

Such cyber-attacks are “a breach of sovereignty comparable to a terrorist operation, and must be treated as such”, Danny Ayalon, the country’s deputy foreign minister, said in a speech on Saturday.

He added that Israel had not yet ruled out the possibility that the hacking had been carried out by a group “more organised and sophisticated … than a lone youth”.

“Israel has active capabilities for striking at those who are trying to harm it, and no agency or hacker will be immune from retaliatory action.”

The data theft, which appeared to focus on commercial websites, was one of the worst Israel has said it has faced.

However, government officials and credit card companies said the financial damage was minimal.

The hacker, identifying himself as Saudi-based OxOmar, said on Thursday that he had leaked private information about more than 400,000 Israelis.

Credit card companies said about 25,000 numbers, some of them expired, had been posted as of Friday.

After Israeli media ran what they described as interviews conducted with OxOmar over email, the Haaretz newspaper said a blogger had tracked the hacker down and determined he was a 19-year-old citizen of the United Arab Emirates studying and working in Mexico.

Lital Shochat, an aide to Ayalon, said Israel was aware of the report but had not yet requested help from Mexican authorities.

A Hamas spokesman described OxOmar’s actions as “a new form of resistance”.

“We urge Arab youth to ignore these cowardly Israeli threats and to use all means available in the virtual space to confront Israeli crimes,” Hamas spokesman Sami Abu Zuhri said in Gaza. 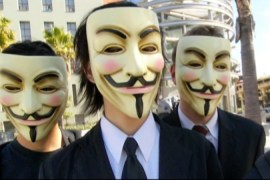 Investigation under way as Antisec claims theft of emails, passwords and credit-card details from Stratfor. 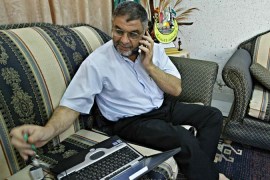 Israel controls all Palestine’s digital infrastructure, limiting the use of phones, mobiles and internet at any time.