Christian Wulff, the German president, is facing a chorus of demands for an explanation as to why he tried to suppress a newspaper story about loans from wealthy friends he used to finance his private home.

Opposition spokesmen questioned his fitness for office on Tuesday, but avoided directly calling for Wulff’s resignation.

According to media reports, Wulff, who was a top member of Chancellor Angela Merkel’s Christian Democratic Union Party (CDU) before becoming president, told Diekmann that if the daily wanted to “wage war”, they could discuss it when he returned from a trip to Kuwait, from where he made the call.

Holger Zastrow, deputy chairman of the Free Democrats (FDP) who are junior partners in Merkel’s coalition, spoke out against the president, whose post is largely ceremonial.

“If a German president personally picks up the phone to ring an editor and leaves a mailbox message, this is not what I expect of a president,” he told broadcaster MDR, adding Wulff had “a duty to explain himself”.

Other senior conservatives said they expected Wulff, whose next public appearance is scheduled for Friday, to give an account of himself in the coming days.

Wulff did receive support from a CDU official close to Merkel, possibly indicating that her party has not given up on him yet.

“Christian Wulff has apologised for his call to Bild newspaper. This apology was accepted. That should be respected by everyone,” Hermann Groehe, the CDU general secretary, told the Sueddeutsche Zeitung.

Opposition parties took a tougher line. Thomas Oppermann, a senior Social Democrat (SPD), said time had run out for Wulff. “The grace period is over,” he said.

“No German president is above the law. That applies to press freedom, too. It is absolutely inappropriate if the president is trying to stop free reporting.”

In a hastily called four-minute television statement in December, Wulff had tried to draw a line under the scandal, admitting he should have disclosed a loan from the wife of business leader Egon Geerkens.

While governing the state of Lower Saxony, he denied having business ties to Geerkens despite having accepted the loan at an advantageous interest rate from his wife to buy a home.

Germany was rocked in May 2010 when then president Horst Koehler suddenly stepped down after appearing to suggest German troops abroad were defending Berlin’s economic interests.

Merkel invested a great deal of political capital to push through Wulff’s subsequent election, which turned into a debacle for her, as members of her own coalition broke ranks and refused to vote for him in parliament.

A resignation “is the last thing she (Merkel) needs at the start of a difficult year during which she will be struggling to contain the euro crisis,” noted news weekly Spiegel on its website. 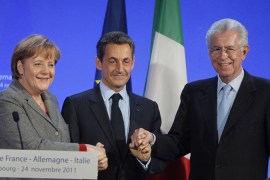 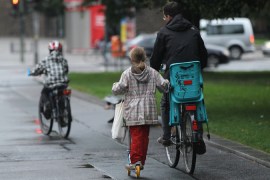 Eco housing, car-free streets and socially conscious residents have made Germany the green leader in Europe. 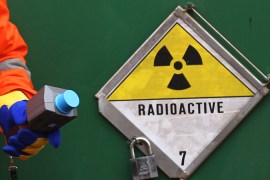 Last of 12 shipments of treated nuclear waste from France sparks clash between German police and protesters. 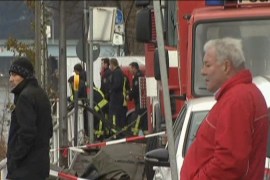 Tens of thousands of people forced to leave their homes in Koblenz after unexploded bombs found in Rhine.