The death toll from co-ordinated bombings and gunfire in the northern Nigerian city of Kano has risen to at least 178, medical sources said, making this the deadliest attack claimed by the radical Islamist group Boko Haram.

Gunfire continued to echo through some areas of Kano on Saturday, despite a strict curfew imposed on Friday night which will remain in place until further notice, local officials said.

A senior doctor in Kano’s Murtala Mohammed hospital, citing records from his own and the other main hospital of Nasarawa, said: “We have 178 people killed in the two main hospitals.

“There could be more, because some bodies have not yet come in and others were collected early.”

Meanwhile, two churches in the northern city of Bauchi were attacked early on Sunday morning, police said. There was no immediate confirmation of the number of people killed or hurt in those explosions.

Of the attacks in Kano, Maude Gwadabe, a journalist, told Al Jazeera by phone that he had seen at least 140 dead bodies.

Gwadabe said the disparity was due to confusion in the aftermath of Friday’s attacks and that victims had been taken to different hospitals, homes and treatment clinics.

In a statement released on Friday, Boko Haram claimed responsibility for the attacks and said the blasts were revenge for the recent arrests of its members in Kano.

“We are compelled to write this letter to inform Kano residents of this development,” wrote Abubakar Shekau, the group’s leader.

“The police have commenced investigation and therefore use this medium to call for calm among the residents of Kano as police are doing their best to bring the situation under control,” Amore said.

He said police were “appealing to members of the public to come forward with information on the identity and location of these hoodlums. Information given will be treated with utmost confidentiality”.

Among those killed was a television reporter, Eneche Akogwu, 31, who was shot dead while interviewing witnesses.

The country’s police chief, Hafiz Ringim, has called for an investigation into the blasts, which he described as “well-co-ordinated attacks”.

Ringim is under investigation himself, after a suspect charged with carrying out Christmas Day bombings on churches, escaped from police custody earlier this week.

Some Nigerians have called for Ringim’s resignation.

Scores of bomb blasts in Nigeria’s north have been blamed on Boko Haram.

Attacks specifically targeting Christians have also given rise to fears of a wider religious conflict in the country, with Christian leaders warning they will defend themselves. Some have even evoked the possibility of civil war.

Goodluck Jonathan, the Nigerian president, declared a state of emergency in parts of four states on December 31, hard hit by attacks blamed on Boko Haram.

On Sunday, he visited the regional police headquarters in Kano, the site of one of the bomb attacks. 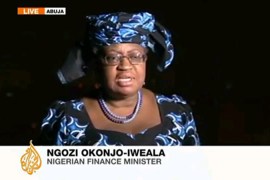 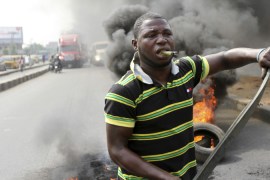