Less than half of the four million Somalis requiring aid to avoid starvation have proper access to it, according to the United Nations.

Famine was first identified in the Horn of Africa six months ago, but security fears tied to anti-government al Shabab fighters, who still control large swaths of south-central Somalia, have led many aid organisations to scale back their efforts.

Even in the capital, Mogadishu, controlled by the internationally backed transitional national government, providing aid still proves risky. Aid groups maintain that they have the technical capability to reach those still in need, but lack the access to the southern regions of the country, where 250,000 still face starvation from famine.

“It is hard to close health services in a location where the presence of our medical teams is genuinely life-saving every day”, Christopher Stokes, the group’s general director, said in a statement.

“But the brutal assassination of our colleagues in Hodan [district] makes it impossible for us to continue working in this district of Mogadishu.”

US law, which strictly forbids contact with groups like al-Shabab, considered a terrorist organisation by the US government, also complicates the work of aid groups.

Without better access to those most in need, aid workers say tens of thousands more Somalis could continue to face starvation. 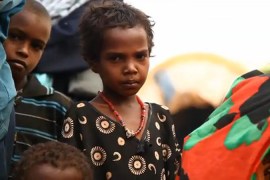 Have US counter-terrorism policies contributed to the deadly crisis in the Horn of Africa? 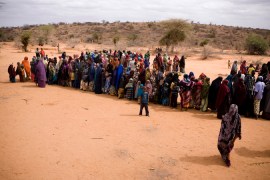 In Pictures: Somalia’s war and famine

The worst drought in six decades has forced millions of people in the Horn of Africa into a humanitarian crisis. 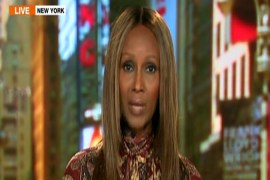 Somali-born fashion model and entrepreneur Iman says the much of the world has ‘given up on Somalia’. 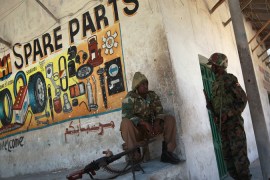 Al-Shabab has withdrawn from Mogadishu, but the country is shattered from years of civil war and US military actions.