A powerful landmine, believed to have been triggered by suspected Maoist fighters, has killed 13 policemen travelling in a minibus in the eastern Indian state of Jharkhand, state television has said.

The officers were returning from a search operation in a remote, densely forested region on Saturday.

Officers sealed off the district in the eastern state and launched a massive manhunt for suspected fighters active in the area.

The Maoist fighters, currently active in 20 of India’s 28 states, have been fighting the government since 1967.

Referred to as Naxalites, after the village of Naxalbari in neighbouring West Bengal state, where the movement began, the Maoists demand land and jobs for landless farmers and the poor.

Thousands of people, including police, fighters and civilians have died in the violence in recent years. 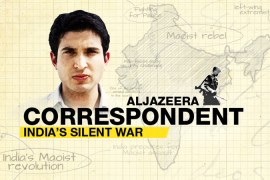 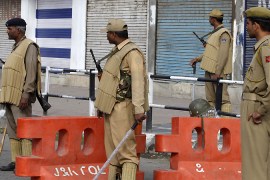 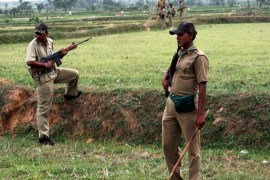 At least 15 killed in two separate attacks in the state of Chhattisgarh. 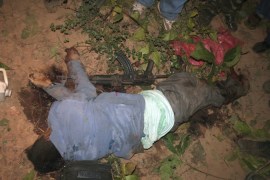