Syrian forces have pulled back from an opposition-held town under a local ceasefire, residents say, but there was no sign of an overall easing of violence as a month-long mandate for Arab observers in Syria expired.

At least 26 people were reported killed elsewhere, adding to a death toll of more than 600 since the monitors arrived in Syria, where an uprising is hardening against President Bashar al-Assad’s authoritarian rule.

Residents of Zabadani said troops and tanks that had besieged the town had pulled back after a deal to end days of fighting, according to an opposition leader.

Dozens of armoured vehicles that had encircled Zabadani, a hill town between the capital and the Lebanese border,  withdrew to garrisons 8km away, Kamal al-Labwani told the Reuters news agency.

The Syrian opposition has on several occasions throughout the uprising gained control of a town or city, but ultimately forces loyal to Assad retook them.

The one-month Arab League mission expired on Thursday, but Adnan al-Khudeir, head of the Cairo operations room that handles reports by the monitors, told The Associated Press news agency that the bloc had extended it until after Sunday’s meeting in Cairo.

Another Arab League official said the mission, initiated to verify whether an Arab peace plan was working, could be extended for another month.

Rejecting charges that the observers had been ineffective in reducing violence, he said extending the mission would help the opposition more than the government.

“The killings are less, the protests increase,” he said, speaking on condition of anonymity because no decision had been made.

More than 5,400 people have been killed since the uprising against Assad erupted last March, according to the United Nations.

Some of Assad’s opponents want action from the UN Security Council, but that is also split, with Russia declaring it will work with China to block any move to authorise military intervention.

Western powers have acknowledged that a Libya-style campaign in Syria would be fraught with danger, but want the council at least to condemn Assad’s repression and impose sanctions.

Reliable casualty figures are hard to come by in Syria, where media access has been limited and the outside world has had to piece together a picture from conflicting accounts of an increasingly bloody struggle.

The opposition Syrian Observatory for Human Rights, which charts the conflict from Britain, said at least 454 civilians had been killed since the Arab League observers arrived in Syria on December 26.

It said 146 members of the security forces, including 27 who had deserted to the opposition, had also been killed.

Asked if the observer mission had made a difference, Rami Abdul-Rahman, the name used by the Observatory’s director, said: “Yes, in the first week, the number of deaths fell sharply. After that, no, the numbers rose.”

He said most of the victims had been killed in raids by security forces, not during anti-Assad demonstrations.

The Arab League suspended Syria and announced sanctions for its failure to comply with a November peace plan which required that it halt the bloodshed, withdraw military forces from the streets, free detainees, provide access to Arab monitors and the media, and open a political dialogue with opposition groups. 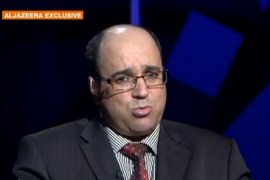 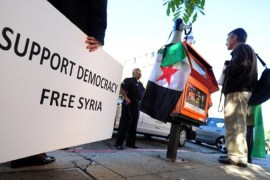