Online encyclopedia Wikipedia and some smaller websites are protesting against legislation in the US Congress intended to crack down on online piracy by temporarily blacking out their sites.

The community-edited encyclopedia blacked out its English-language site on Wednesday to seek support against the proposed bills which its founder Jimmy Wales said threatened the future of the internet.

During the 24-hour blackout, visitors can only see a black-and-white page which says, “Imagine a world without free knowledge”, with a link to information about the controversial Stop Online Piracy Act (SOPA) and the Protect Intellectual Property Act (PIPA).

The site urges Wikipedia readers in the US to contact their local congressman to vote against the bills. “This is a quite clumsily drafted legislation which is dangerous for an open internet,” Wales said.

Users of Wikipedia in other languages were able to access those sites, while the mobile version of the site, accessible via mobile phones and handheld devices, was available in its English edition.

The decision to black out Wikipedia – whose English-language site receives more than 25 million daily visitors from around the world – was decided by voting within the site’s community of writers and editors who manage the free service.

But some volunteer editors said the protest of anti-piracy legislation could threaten the credibility of their work.

“My main concern is that it puts the organisation in the role of advocacy, and that’s a slippery slope,” said Robert Lawton, a computer consultant and site editor who would prefer that the encyclopedia stick to being a neutral repository of knowledge.

“Before we know it, we’re blacked out because we want to save the whales.”

Ben Huh, the founder of the popular Cheezburger humour network, said on his Twitter feed that his 58 sites would also observe a blackout later on Wednesday.

Search engine Google added a link to a petition against the bills on its site, reading, “Tell Congress: Please don’t censor the web!”.

“Please take today as a day of focus and action to learn about these destructive bills and do what you can to prevent them from becoming reality,” a statement on the site’s homepage said.

NY Tech Meetup, an entrepreneurial group that counts more than 20,000 members, meanwhile planned a demonstration to protest the legislation outside the Manhattan offices of New York senators later in the day.

But Dick Costollo, the chief executive of Twitter, said that while he opposed the SOPA legislation, shutting down the service was out of the question.

The bills pit technology companies such as Google and Facebook against the bill’s supporters, including Hollywood studios and music labels, which say the legislation is needed to protect intellectual property and jobs.

The proposed SOPA legislation aims to crack down on online sales of pirated US movies, music or other goods by forcing internet companies to block access to foreign sites offering material that violates US copyright laws.

US advertising networks could also be required to stop online ads, and search engines would be barred from directly linking to websites found to be distributing pirated goods.

However, supporters argue the bill is unlikely to have an impact on US-based websites.

Google has repeatedly said the bill goes too far and could hurt investment.

Along with other internet companies, it has run advertisements in major newspapers urging Washington legislators to rethink its approach.

The founders of Google, Twitter, Wikipedia, Yahoo! and other internet giants said in an open letter last month the legislation would give the US government “power to censor the web using techniques similar to those used by China, Malaysia and Iran”.

“We oppose these bills because there are smart, targeted ways to shut down foreign rogue websites without asking American companies to censor the internet,” a Google spokesman said on Tuesday.

The largest American film, television, music recording and book publishing companies, as well as trade associations, have been lobbying Congress members to move forward with the bills.

White House officials raised concerns on Saturday about SOPA, saying they believe it could make businesses on the internet vulnerable to litigation and harm legal activity and free speech.

“Any effort to combat online piracy must guard against the risk of online censorship of lawful activity and must not inhibit innovation by our dynamic businesses large and small,” the White House said.

The comments prompted Rupert Murdoch, News Corp chief executive and a prominent supporter of the bill, to criticise the administration of President Barack Obama.

“So Obama has thrown in his lot with Silicon Valley paymasters who threaten all software creators with piracy, plain
thievery,” he posted on his personal Twitter account on Saturday.

What do you think of the proposed legislation? Send your feedback on Twitter to @AJELive 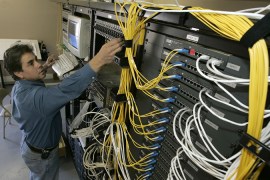 Wikipedia and Reddit go black to protest proposed US legislation which will ‘disappear’ controversial websites. 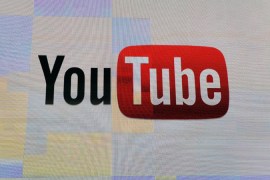 Why we need to stop SOPA and PIPA

Internet and technology experts discuss why current anti-piracy legislation in the US must be stopped. 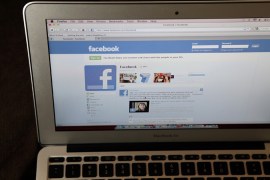 A close look at the Stop Online Piracy Act bill

A detailed guide on what the Stop Online Piracy Act legislation, if passed in its current form, would affect. 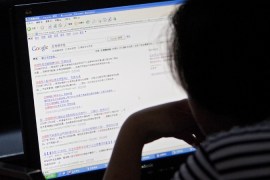 Al Jazeera asks its followers on Twitter what they think of the proposed US anti-piracy laws.