It has been 20 years since the civil war in El Salvador, but the effects of conflict between the military-led government and the Farabundo Marti National Liberation Front can still be felt throughout the country.

With nearly 10 killings per day, the street-gang culture in El Salvador is responsible for one of the highest homicide rates in Latin America. The street gangs, comprised of tens of thousands of people who grew up in the shadow of the civil war, are seen as a perpetuation of the violence of the 1980s.

In the 20 years since the signing of the Chapultepec peace accords, which effectively put an end to the 12 years of fighting, the gap between the rich and poor – one of the main reasons cited behind the conflict – has barely shrunk. More than half of the rural population survive on less than $100 per month.

Al Jazeera’s Rachel Levin reports from the Salvadoran capital, San Salvador, on the complex legacy of a decades-old conflict. 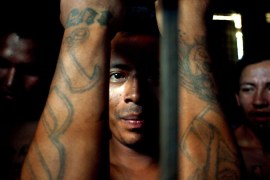 The capital of El Salvador is being torn apart as gangs clash, leaving death, chaos and destruction in their wake. 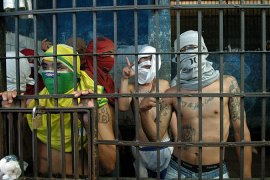 In pictures: Gangs of San Salvador

A local priest works to help gang members, their families and their victims in a city deeply scarred by gang warfare. 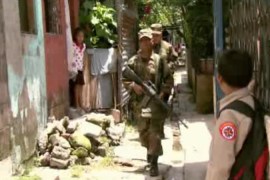 Salvadorian president says gangs in his country are being co-opted by Mexican drug cartels.