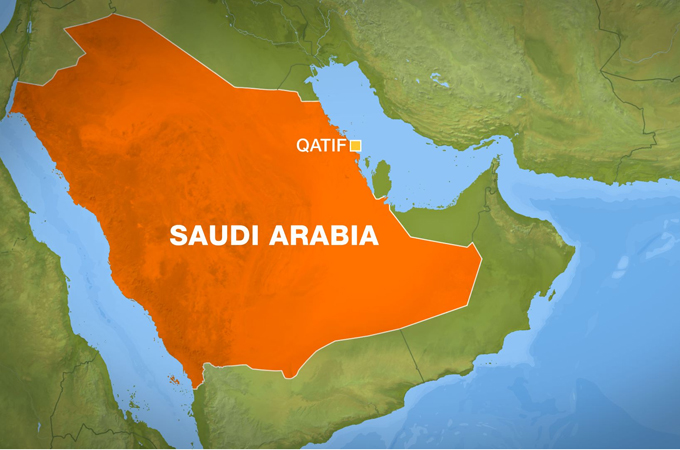 Saudi security forces have clashed with protesters in the country’s Eastern Province, home to a large Shia minority, killing one person, the interior ministry and activists reported.

At least three other people were wounded as security forces opened fire late on Thursday after protesters threw stones at a police vehicle in the village of Awamiya, the Shia Rasid website reported.

Witnesses said that security forces sealed off the village after the clashes.

Officials said one person was killed and one wounded.

The violence came after demonstrations were held in four Qatif region villages to call for the “release of political detainees, reform and an end to sectarian discrimination,” one activist told the AFP news agency on condition of anonymity.

Rasid, which showed a file picture of 22-year-old Essam Mohamed Abu Abdallah, said he was killed by gunfire from security forces.

“While the security forces were trying to control the fire, they were exposed to shooting and were dealing with the situation as necessary,” it said.

“The exchange of fire led to two people being injured among those involved in the shooting, and they were taken to hospital where one of them died later.

Amnesty International urged the Saudi government to launch an independent investigation into the death of Abu Abdallah.

“This is the latest of several disturbing protester deaths in Saudi Arabia in the last couple of months,” Philip Luther, the UK-based organisation’s interim director for the Middle East and North Africa, said.

“The need to immediately launch an independent investigation into the death of Issam Abu Abdullah is underlined by the fact that investigations that were announced into previous protester deaths in similar incidents do not appear to have gone anywhere.”

Saudi Arabia’s Shia population is mostly based in two oasis districts of the Eastern Province – Qatif on the Gulf
coast, and al-Ahsa, southwest of the provincial capital al-Khobar.

The Shia community accounts for somewhere between 10 to 15 per cent of the total population.

They complain of marginalisation in the Sunni-dominated kingdom

Earlier this month, Riyadh ordered the arrest of 23 people in Eastern Province, held responsible for unrest.

Saudi Arabia accused those detained of serving the agenda of a foreign power, usually a reference to Iran.