The Syrian president has made a defiant speech blaming foreign interference for the anti-government uprising in his country which began last March.

In a televised speech on Tuesday, he accused the Arab League of hypocrisy for lecturing Syria on democracy and reform. However, he said his country would not “close the doors” to an Arab-brokered solution to the crisis as long as it respected Syria’s sovereignty.

Assad claimed he never ordered anyone to open fire on anti-government protesters. However, opposition activists said at least 28 people were killed across the country on Tuesday alone as part of the government’s security crackdown.

“The first parliament in Syria was in 1917. Where were they then?” he said.

“Their situation is like a doctor who smokes and recommends to his patient to give up smoking while he, the doctor, has a cigarette in his mouth.”

The Arab League suspended Syria and sent a team of monitors in late December to assess whether the government is abiding by its peace plan agreed to by Assad last month.

At a Security Council meeting in New York on Syria on Tuesday, delegates were informed by a UN official that up to 400 people had been killed since the regional body’s monitoring mission began – on top of an earlier UN estimate of more than 5,000 dead since March.

‘No orders to open fire’

Assad’s address at Damascus University was his first public speech since he agreed last month to the deployment of the Arab League monitors.

He said the unrest had inflicted a “heavy cost” and accused “foreign conspirators” of working to destabilise the country.

He also said that no orders had been given to security forces to open fire on civilians.

“There is no cover for anyone. There are no orders for anyone to open fire on any citizen,” Assad said, adding that “by law, nobody can open fire, except in self-defence”.

Assad said it had been his idea to send observers to Syria “to find out the truth”.

Assad defended the government’s ban on most reporting by foreign media inside the country, saying that at the beginning of the unrest all media had been allowed to work freely.

“But fabrications from inside convinced us to put some control on this,” he said.

Al Jazeera is among many media organisations banned from reporting without restrictions from inside Syria.

Qadmani also said Assad’s speech indicates that the government “is breaking up with the Arab League”.

For his part, Assad, who has made repeated promises of reforms, said a new constitution would soon be put to a referendum, with a vote possible by March, followed by multi-party parliamentary elections within months. 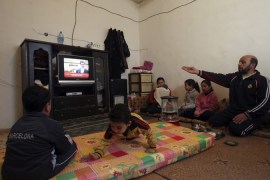 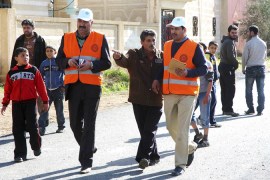 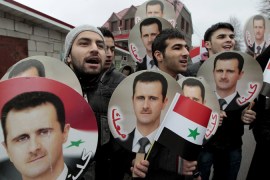 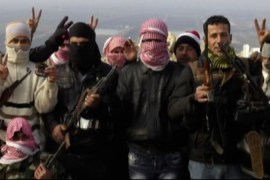