Al Jazeera has gained exclusive footage from inside Syria of the army defectors fighting to topple President Bashar al-Assad’s government.

The Free Syrian Army {FSA] is claiming that a steadily increasing number of defected soldiers are joining its ranks.

The group is believed to number anywhere between 1,000 and 25,000 troops, divided between 22 battalions spread across the country.

The fighters say they have no problem buying weapons and claim thousands of civilians are joining their armed struggle.

An AK-47 costs around $2000, and ammunition for it is as much as $2 per round. But the former soldiers claim that buying weapons smuggled in from Iraq and Turkey isn’t the only option.

“[We] are buying weapons from officers in the army who are betraying the regime,” one member of the FSA said.

“I bought this one from a military checkpoint. Some of Assad’s officers are selling weapons to us.” 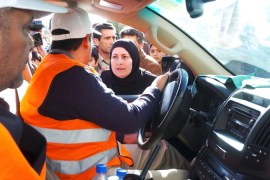