The formation of the world’s newest country, South Sudan, was seen as the big-ticket event of the year until green shoots of the Arab Spring along the northern shores of Africa swung the spotlight away from its very core.

The orderly division of Sudan, after nearly half a century of bloody civil war that is estimated to have killed two million people and displaced many more millions, had a great deal riding on it.

The January 9 referendum allowed people of southern Sudan, who are largely Christian or follow indigenous religions, to secede from the Arab and Muslim-dominated north. It marked the completion of the Comprehensive Peace Agreement signed in 2005 between the Sudanese government and the Sudan People’s Liberation Army in the south.

While arbitrators saw the birth of South Sudan as a template for conflict resolution, for African nations with similar fault lines it was ominous.

Pulling together the referendum was very difficult to begin with. Calling it a moment in which the “fate of millions of people hangs in the balance”, Barack Obama, the US president, said: “What happens in Sudan in the days ahead may decide whether a people who have endured too much war move towards peace or slip backwards into bloodshed.”

The traction Obama spoke of is already losing its grip. Severe inflation, rebellions and escalating tensions with the north have undermined the growth of South Sudan.

Disputes with the north have raged over issues from oil revenues, the future of the Abyei region and border demarcation. The disputes even escalated to a rare direct confrontation in December between the two countries’ armed forces over a border region.

Though a return to full-scale war with the north seems unlikely, the tension has raised concerns. China, a major buyer of and investor in oil on both sides of the divide, has warned of serious consequences if the disputes are not resolved.

“If the situation continues to worsen, the consequences would be lose-lose for all,” Liu Guijin, China’s special envoy to Africa, said.

South Sudan is already feeling the heat. The UN says violence on the border has killed more than 3,000 people in 2011 and has disrupted trade, pushing annual inflation to almost 80 per cent in November, up from 57 per cent in August.

With crops also failing, the world body says about 2.7 million South Sudanese, roughly a third of the population, will need food aid in 2012. Adding to the pressure are the more than 350,000 southerners who have returned from Sudan. A million more might follow once their legal status in the north ends in April, 2012.

President Salva Kiir and his ruling Sudan People’s Liberation Movement, the liberation army’s political party, surely have a lot of work to do in the year ahead. 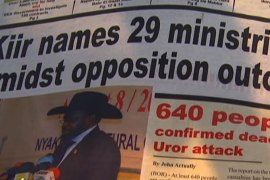 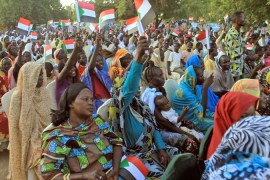 Sudan: Between the North and South

The upcoming referendum in South Sudan may have massive implications for Africa and the world. 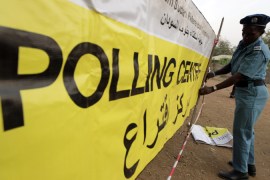