Syrian government forces and rebels are engaged in what has been described as an all-out conflict in Aleppo, the country’s largest city and commercial hub, according to activists.

Friday’s clashes are part of an intensified push by the rebels to drive regime troops out of the city after weeks of stalemate.

Demonstrations calling for the removal of President Bashar al-Assad were also reported in Damascus, the capital.

“The fighting is unprecedented and has not stopped since Thursday. The clashes used to be limited to one or two blocks of a district, but now the fighting is on several fronts,” the Syrian Observatory for Human Rights (SOHR), a London-based activist group, said.

Residents in neighbourhoods that previously spared the worst of the two-month-old battle for Aleppo also told the AFP news agency the violence was “unprecedented”.

“The sound from the fighting … has been non-stop,” said a 30-year-old resident of the central district of Sulimaniyeh who only identified himself as Ziad.

“Everyone is terrified. I have never heard anything like this before.”

The Free Syrian Army (FSA) declared an all-out assault in Aleppo on Thursday.  The FSA is the country’s main armed opposition group made up of defected soldiers and civilians who have taken up arms to topple President Bashar al-Assad’s regime.

“Tonight, Aleppo will be ours or we will be defeated,” Abu Furat, a rebel commander, told AFP as several thousand fighters went on the offensive in the city.

Baraa al-Halabi, an Aleppo-based activist, said some of the heaviest battles were taking place in a predominantly Kurdish neighbourhood.

The major rebel group in the city, the Tawhid Brigade, said on its Facebook page that its members had entered the Sheikh Maksoud neighbourhood to fight pro-government ethnic Kurd fighters.

The state-run Syrian TV said government troops repulsed an attack on the neighbourhood with the help of its residents.

“Regime forces stormed the neighbourhoods of Barzeh, Jubar and Qaboon in Damascus, cutting off streets and breaking into and raiding houses. They arrested a large number of residents,” it said.

The Local Co-ordination Committees, another activist network, said “a large number of soldiers and tanks have deployed throughout” Barzeh district and that “the sound of gunfire can be heard, and families in the neighborhood are in panic”.

Against this backdrop of onging fighting, Leon Panetta, the US defence secretary, announced in Washington DC on Friday that the Syrian regime had moved some of its chemical weapons to safeguard the material.

He said he believed that the main storage sites for Syria’s arsenal remained secure.

“We still believe, based on what we know and what we’re monitoring, that the principal sites remain secure.”

Asked if rebel forces had gotten their hands on some chemical stockpiles, Panetta said: “I don’t have any specific information about the opposition and whether or not they’ve obtained some of this or how much they’ve maintained.”

Syria’s chemical weapons stockpile, which dates back to the 1970s, is the largest in the Middle East, but its precise scope remains unclear, according to analysts.

The regime has said it might use its chemical weapons if attacked by outside countries, although not against its own people. 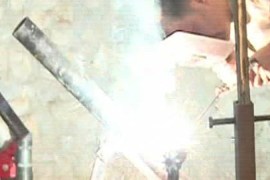 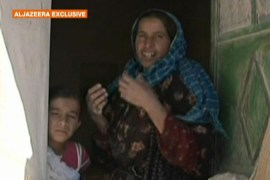