An Israeli airstrike on a vehicle has killed two Palestinian security officials and critically wounded another in the Hamas-ruled Gaza Strip, Palestinian officials said.

The Israeli military confirmed it had launched an airstrike in Gaza on Wednesday targeting two people it described as “terror operatives.”

Hamas and Palestinian hospital officials said the car they were travelling in was hit east of the town of Rafah on the territory’s southern border with Egypt.

They added that the strike killed the officials responsible for overseeing tunnels used to import goods from Egypt.

Emergency services identified the dead as employees of a border patrol unit.

In a statement, Hamas said “Israel has assassinated our officers as they were doing their duty in protecting the security of our people”.

Israel accuses Hamas of using the subterranean conduits to smuggle in weapons used to attack the Jewish state.

Gaza fighters fired two mortar rounds into southern Israel earlier in the day without causing casualties or damage, the army said. Some reports have said Wednesday’s attack was in response to this.

Israel routinely responds to such attacks with airstrikes, and last week six Palestinians were killed in two attacks within a 12-hour period.

The last major flare-up in and around Gaza was in June, when fighters fired more than 150 rockets at southern Israel, wounding five people, and Israel hit back with airstrikes that killed 15 Palestinians. 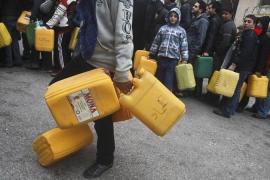 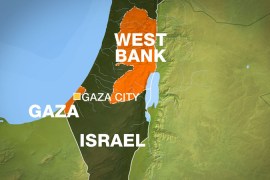 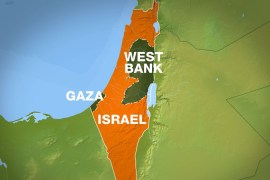 At least two Palestinians killed in separate incidents in Gaza, as Israeli armed forces opened fire near the border. 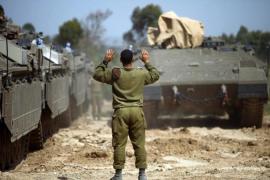 Is tension building before a ‘Gaza Spring’?

Palestinians’ grievances may lead to an even greater reaction than seen in other Arab Spring countries.