The world’s Arctic ice cap has shrunk to a new low, surpassing a record set only five years ago, and is expected to keep retreating for a few more weeks, according to US data research.

Arctic sea ice fell to 4.10 million sq km, about 70,000sq km less than the earlier record charted in 2007, the lowest since satellites began measuring the ice in 1979, according to the US National Snow and Ice Data Centre.

“It’s likely we are going to surpass the record decline by a fair amount this year by the time all is said and done,” he said.

The ice is expected to dwindle until mid- to late-September when the summer melting usually ends, according to the centre.

Shrinking of the Arctic ices alarms scientists and environmentalists because the Arctic acts as the world’s air conditioner, helping to moderate the globe’s climate.

As parts of the Arctic melted, this year has been marked by record heat in much of the Northern Hemisphere, especially across the continental US which has been ravaged by drought.

Most scientists blame global warming for the retreat of the Arctic ice, and there is concern that the growing amounts of open water means the Arctic will not be as effective moderating the planet’s climate.

“These preliminary figures provide irrefutable evidence that greenhouse gas emissions leading to global warming are damaging one of the planet’s critical environments, one that helps maintain the stability of the global climate for every citizen of the world,” Kumi Naidoo, executive director of Greenpeace, said.

Meier said that the record was on one level “just a number, and occasionally records are going to get set”.

“But in the context of what’s happened in the last several years and throughout the satellite record, it’s an indication that the Arctic sea ice cover is fundamentally changing,” he said.

The planet has charted a number of record temperatures in recent years, with 13 of the warmest years ever taking place in the past decade and a half.

Scientists say that climate change is largely caused by human emissions of carbon and other greenhouse gases, which hinder the planet’s reflection of the sun’s heat back into space.

The melting of Arctic has helped open up new shipping lanes, but is also believed to hold serious consequences for the rest of the planet considering the vital function served by the ice ion in keeping the planet cool. 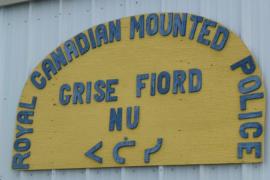 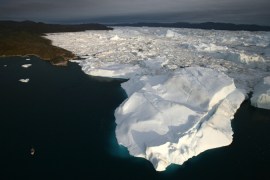 Ocean could be ice-free in summers within 40 years and sea levels could rise by 1.6 metres by 2100, says new study. 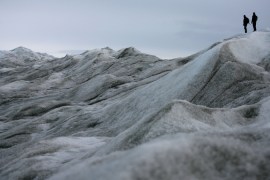 Can the most sparsely inhabited place on earth begin to exploit the untold riches beneath its water and ice? 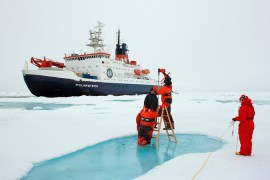 Changing conditions in the far north have sparked excitement and unfounded concerns over potential conflict.