Clashes have broken out in Damascus, with Syrian government forces firing mortar rounds on rebel positions, activists say, in what they describe as some of the heaviest fighting in the nation’s capital this month.

The violence on Thursday coincided with the departure from the country of UN monitors, whose mandate expired and was not renewed due to deteriorating conditions that have dragged Syria into civil war.

The head of the UN mission, Babacar Gaye, was expected to leave on Thursday. Some monitors left on Wednesday and more are expected to follow the team leader on Thursday.

The southern suburbs echoed with the sound of gun battles between the army and rebels who have been struggling to topple President Bashar al-Assad for more than 17 months.

“For about an hour we heard explosions and gunfire. It is not as bad as yesterday yet but tensions are really high. I think you could probably hear the echo of shelling or clashes from most parts of Damascus,” opposition activist Samir al-Shami told Reuters news agency via Skype.

He and other activists said the bombardment and fighting seemed to be concentrated on southern districts of Damascus, where rebels have been able to slip in from rebellious suburbs.

Assad’s forces stormed the southeastern district of Kafr Souseh early on Thursday and were making arrests, another activist said.

Hundreds of residents have been displaced due to fighting in Damascus, and many have taken shelter in mosques and schools in calmer areas.

But some of those displaced are being asked to leave their places of refuge, said an activist who gave his name only as Tareq, of the Revolution Leadership Council of Damascus.

“Assad’s regime warned people staying in schools they have to evacuate within a few days, they are saying it is because they have to prepare for the coming school year,” he said.

“Thousands of displacees are worried because they have a lack of alternatives for a place to stay.”

At least 40 people were killed on Wednesday in the shelling, which was accompanied by attacks from helicopters, and in ensuing ground raids on the Kfar Souseh, Daraya, Qadam and Nahr Aisha neighbourhoods, residents said.

In towns across Syria, the suffering of war does not end with the shelling, as food and medicine shortages get worse.

At last count the UN said it knew of 170,000 refugees, but many more are unregistered. A school near the outskirts of Aleppo has become home to more than 500 people who have fled the fighting.

The plea followed a visit to the country by Amos, who is also the UN undersecretary-general for humanitarian affairs.

She said that most of the money raised so far had gone on food aid but there are other concerns.

“One is that we have the possibility of a major health impact in the country,” Amos said.

“Syria, as you may know, produces most of its medicines in factories in Aleppo and elsewhere. They have now come under the impact of the fighting, so crucial life-saving medicines are no longer available.”

The Security Council organised a ministerial meeting in New York for August 30, when the last UN observers are due to leave, after the council acknowledged that international efforts to significantly reduce the violence and end the Syrian government’s use of heavy weapons have failed. 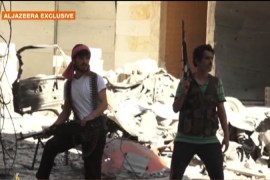 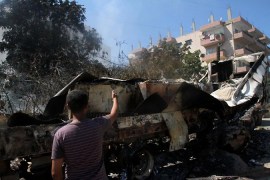 Fighting between pro- and anti-Damascus groups in northern city of Tripoli leave at least 15 people dead so far. 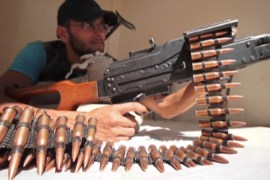 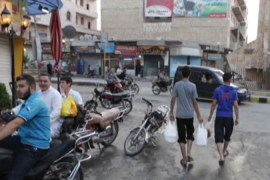