Power has returned to much of north India after a massive blackout for a second straight day caused major transport disruption and traffic chaos in several cities.

Hundreds of millions of people across India were left without power on Tuesday in one of the world’s worst blackouts, trapping miners, stranding train travellers and plunging hospitals into darkness.

The blackout comes a day after a mass outage left eight states without power for much of the day.

Shailendre Dubey, an official at the Uttar Pradesh Power Corp, said the northern grid collapsed at about 1:05pm (07:35 GMT) on Tuesday.

VK Agrawal, the general manager of the grid, confirmed the outage.

“We are busy with the revival right now… Both the northern and eastern grids have collapsed. Please allow us to address the problem,” Agrawal told the AFP news agency.

Al Jazeera’s Nilanjan Chowdhury, reporting from New Delhi, said the outage had knocked out the capital’s metro system, as well as its traffic lights. Traffic policemen were filling in, but the blackout had resulted in widespread traffic jams.

“The reason is the same [as for Monday’s outage]: apparently there was overloading of the grid, and this has happened at a location about 100km from Delhi, in Agra.”

Chowdhury said that outages then spread as demand collapsed the northern and eastern grids.

He also said that while power remains out in the business centres, the VIP areas that house ministers are now receiving power.

About 400 trains were affected by the power outage, a spokesman for the railways told AFP.

SK Mohanty, a power official in the eastern state of Orissa, confirmed that the eastern grid had also been knocked out. He said the fault could take several hours to resolve.

Power was also cut in the main eastern city of Kolkata, and in most parts of West Bengal state, a local official said.

RN Rayak, the chairman of the Power Grid Corporation of India, told reporters at a press conference late on Tuesday afternoon that he expected power to be restored to all areas by 7:00pm local time (13:30 GMT).

Hundreds of coal miners, meanwhile, were trapped in West Bengal because the power cut left them unable to operate their lifts.

“We are trying to rescue the coal miners. All efforts are on to resume power supplies,” Mamata Banerjee, the chief minister of West Bengal, told reporters in the state capital Kolkata.

“You need power supplies to run the lifts in the underground mines.”

She said that hundreds of miners were trapped in Burdwan, about 180km northwest of Kolkata.

“Over 200 miners are stuck in several coal mines. They cannot come out till the power service is restored,” said Niladri Roy, general manager at Eastern Coalfields in Kolkata.

Roy said that the miners were “in no danger”, as they were in a well-ventilated area.

Power Minister Sushilkumar Shinde blamed the system’s collapse on some states drawing more than their share of electricity from the over-burdened grid.

“Everyone overdraws from the grid. Just this morning I held a meeting with power officials from the states and I gave directions that states that overdraw should be punished,” he told reporters.

“We have given instructions that their power supply could be cut.”

Indians took to social networking sites to ridicule the United Progressive Alliance (UPA) government, in part for promoting Shinde to Home Minister on Tuesday despite the power cuts.

On Monday, the northern grid collapsed for six hours shortly after 2:00am (20:30 GMT Sunday), causing travel chaos and widespread inconvenience in nine states and the capital New Delhi.

Major hospitals and airports in the region were able to function normally on emergency back-up power on both days, but train services were severely disrupted.

“The increasing gap between electricity supply and demand has long been a matter of concern,” said Chandrajit Banerjee, director general of the Confederation of Indian Industry.

The CII, Banerjee said, has “consistently highlighted” the need for urgent steps to improve supplies of coal to thermal power plants and reforming state distribution utilities.

“This latest outage is just an urgent reminder for addressing these issues as a priority,” he added.

India’s demand for electricity has soared along with its economy in recent years, but it has been unable to meet growing energy needs.

The Central Electricity Authority reported power deficits of more than eight per cent in recent months.

The power deficit was worsened by a weak monsoon that lowered hydroelectric generation and kept temperatures higher, further increasing electricity usage as people seek to cool off.

Even connection to the grid, however, remains a luxury for many. One-third of India’s households do not have electricity to power a light bulb, according to last year’s census. 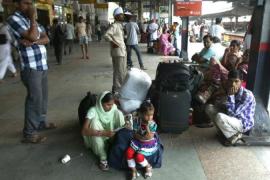 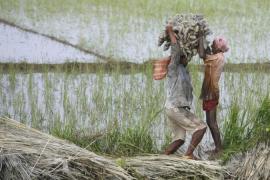 If successful, the impact would be life-changing in a country where 600 million depend on farming for their livelihoods. 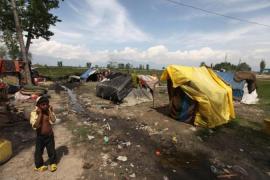 Pressure on existing facilities is building and there is a widely-perceived lack of investment.