Mexicans have started voting for a new president with the opposition party that dominated the country for most of the past century poised for a comeback after the ruling conservatives failed to provide strong growth or halt a brutal drugs war.

Twelve years after the Institutional Revolutionary Party (PRI) lost power, polls show its candidate, Enrique Pena Nieto,
heading into the vote on Sunday with a double-digit lead over his opponents, despite lingering doubts about the party.

Tainted by corruption, electoral fraud and occasional bouts of brutal authoritarianism during its 71 years in power, the PRI
was voted out in 2000. But it has bounced back, helped by the economic malaise and a tide of lawlessness that have plagued Mexico under the conservative National Action Party (PAN).

Election officials solemnly looked on as a giant red, white and green national flag was hoisted in the capital before polls
opened at  1300 GMT.

The first national exit polls are expected when voting ends in the westernmost part of the country 12 hours later.

After ending the PRI’s rule in 2000, the PAN raised hopes of a new dawn for democracy in Mexico. But years of weak growth and the death of more than 55,000 people in drug-related killings since 2007 have eroded its popularity.

Andres Manuel Lopez Obrador from the leftist Party of the Democratic Revolution (PRD) insists that his figures show that he can pull an upset victory.

Lopez Obrador lost in 2006 by less than one per cent and claimed he was robbed of his victory. Weeks of mass protests followed, bringing Mexico City to a standstill.

Polls show Josefina Vazquez Mota from PAN in a distant third, with about 24 per cent support, while Gabriel Quadri,
a civil engineer representing a party created by the country’s powerful teachers’ union, has between two and four percent support.

Mexican presidents are elected by simple majority for six-year terms and are banned from running for re-election. Consecutive re-election is also banned in all other elected positions.

There is no run-off vote, meaning that a plurality of votes likely will be cast for someone other than the winner.

Mistrust in the electoral system runs high. Pre-vote surveys suggested that 40 per cent of the nearly 80 million eligible voters will not bother to show up at the polls.

A survey out Friday by the Autonomous University of Mexico showed that 71 per cent of Mexicans believe electoral fraud is possible.

Al Jazeera’s correspondent Rachel Levin, reporting from Mexico City, said that this election has seen an unprecedented amount of monitors.

“There are more than 30,000 observers distributed throughout the country and all the main political parties sent their own monitors. There are also 700 observers form 60 countries to make sure this is a free and fair election,” Levin said.

In Ciudad Juarez, a border city in northern Mexico, election officials told Al Jazeera that at least 138,000 eligible voters have either fled the city or been killed by the city’s unprecedented levels of violence in recent years.

Despite fears of election day violence, Al Jazeera’s Chris Arsenault in Ciudad Juarez reported that, “voters at some of the larger polling stations in Juarez are waiting an hour to an hour and a half to cast their ballots but no one seems to mind.” 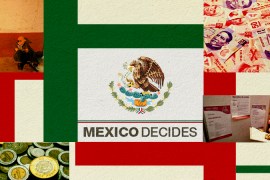 News developments from across the country as voters choose a new president on July 1. 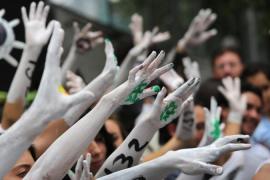 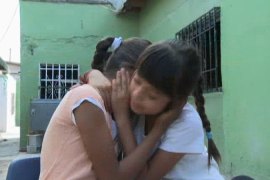 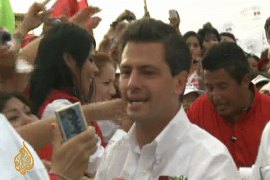 Charismatic Enrique Pena Nieto, 45, promises to bring his PRI party back to power after 12 years.