The funeral of the Gulf nation’s long-time interior minister is expected to take place later in the Muslim holy city of Mecca after sunset [at about 16:00 GMT].

He will be buried in Al-Adl cemetery near the Grand Mosque, where several members of the royal family and prominent Islamic scholars are interred, the local Okaz newspaper said.

“Crown Prince Nayef devoted his life to promoting the security of Saudi Arabia,” said Ban Ki-moon, the UN secretary-general, while US President Barack Obama praised his co-operation in the fight against terror that “saved countless American and Saudi lives”.

The 79-year-old prince died of “cardiac problems” while at his brother’s residence in Geneva, a medical source in the city who asked not to be identified said.

Nayef’s death, just eight months after he replaced his late brother Sultan as crown prince, raises the issue of succession because of the advanced age of the first line of apparent heirs, in a time of turmoil rocking the Arab world.

King Abdullah himself is 88 and ailing, and nobody is officially in line to replace Nayef.

However, his brother Prince Salman, 76, who took the defence portfolio after Sultan’s death, appears to be a strong candidate.

Anwar Eshqi, head of the Jeddah-based Middle East Centre for Strategic Studies, said: “All expectations point to Prince Salman to succeed Prince Nayef for his experience in administration, security and politics.”

In 2006, the Saudi monarch established the allegiance council, a body of around 35 senior princes, as a new succession mechanism whose long-term aim was to choose the crown prince.

Nayef was the middle prince of the Sudairi Seven, the formidable bloc of sons of King Abdul Aziz by a favourite wife, Princess Hassa al-Sudairi.

In addition to Salman, remaining Sudairis include Prince Abdul Rahman, Prince Turki and Prince Ahmed, who is deputy interior minister and likely to succeed Nayef at the security helm in the oil powerhouse.

Nayef, who spearheaded Saudi Arabia’s clampdown on al-Qaeda following a wave of attacks in the conservative kingdom between 2003 and 2006, became heir to the throne in October last year.

“He was one of the pillars of stability in the kingdom,” wrote al Jazirah daily.

“He managed to overcome crises and navigate this country to the shores of safety.”

Seen as more conservative than King Abdullah, Prince Nayef was a staunch defender of the Saudi dynasty and resisted any form of opposition.

He ordered and oversaw a fierce crackdown on Al-Qaeda, forcing the armed group’s leaders and fighters to flee to neighbouring Yemen. 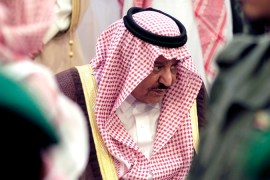 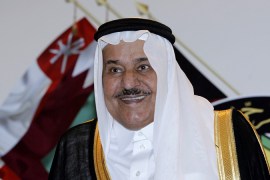 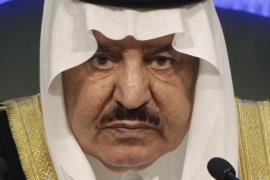 Prince Nayef bin Abdulaziz Al Saud, next in line to the throne, has died abroad at the age of 78.