Political factions in Egypt have tentatively agreed to a deal to form a new constitutional assembly, an agreement which would end weeks of brinksmanship.

The deal focuses on the breakdown of the 100-member body – how many seats will be allocated to various political parties and other groups.

Field Marshal Mohamed Hussein Tantawi, the head of the ruling Supreme Council of the Armed Forces (SCAF), has asked the parliament to convene on Tuesday to select the actual members of the assembly.

The parliament already appointed an assembly once before, in March, but it was suspended by court order in April amid complaints that it was not representative of Egyptian society.

Politicians have since then been negotiating about the make-up of the new assembly. SCAF gave the parliament an ultimatum of sorts on Tuesday, saying it would choose the assembly itself unless politicians reached a deal within 48 hours.

Other blocs of seats will be reserved for constitutional scholars, representatives of Muslim and Christian religious institutions, workers, and other groups. The military will have one representative, according to local media reports.

The deal came after a seven-hour meeting on Thursday between SCAF and representatives from more than 20 political factions.

Al Jazeera’s Sherine Tadros, reporting from Cairo, said the session next Tuesday, when the actual members of the assembly are due to be elected, will be the really critical stage of the process.

“This is where it all fell apart last time they tried to do this, back in April when there was a similar session,” she said.

“The liberal and secular parties will want to make sure that the Muslim Brotherhood and Salafi parties don’t try to dominate this process again. It’s all really about a battle between the different forces in the country over who’s going to have the most influence in the assembly and then have the most influence on the constitution.”

A busy week ahead

The appointments will be one of several major developments in Egyptian politics next week.

The country’s high court is due to decide on Thursday whether the parliament itself is constitutional.

A lower court found that the electoral process – allowing political parties to compete with independent candidates for some seats – might be unconstitutional.

If the supreme court agrees, the parliament would be dissolved and new elections would be called.

The court will also rule on a challenge to Ahmed Shafik, one of the two candidates in this month’s presidential runoff election.

A law passed by parliament earlier this year bans former officials from Hosni Mubarak’s deposed regime from running for public office. Shafik was Mubarak’s last prime minister, so the law, if upheld, would bar him from the runoff.

That could turn the runoff into an up-or-down vote on Mohammed Morsi, the Muslim Brotherhood’s candidate and Shafik’s lone competitor. Or it could trigger a whole new presidential election – legal experts say the constitution is unclear about which scenario should occur.

The runoff election is scheduled for June 16 and 17. Shafik and Morsi were the top vote-getters in the first round, last month, edging out eleven other candidates. 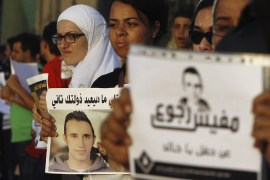 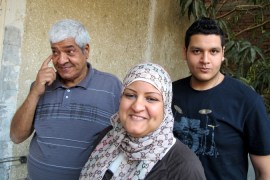 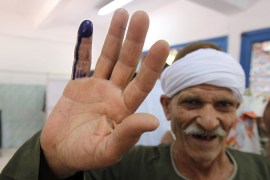