Four people have been killed after fighters reportedly hid small guns in their shoes and slipped into a provincial governor’s compound in southern Afghanistan.

Qari Yousef Ahmadi, a Taliban spokesperson, claimed responsibility for Saturday’s attack in Kandahar, which left the two attackers, a body guard and a civilian dead.

Tooryalai Wesa, the Kandahar governor, said the attackers made it through a pair of security checks without their weapons being detected.

A guard at the last check, at the reception room for the governor’s office, noticed something suspicious and stopped them.

The attackers then pulled out the guns, shot the guards and took their weapons, Wesa said.

The gun battle with security forces lasted about 30 minutes, Parwiz Najib, a spokesperson for Wesa, said. One other guard was wounded in the attack.

Wesa later said the men had explosives but not suicide vests.

He said he was in his office meeting with constituents when he heard shooting out in the reception room.

“There was an explosion,” Wesa said, but he did not know whether the blast was caused by grenades or something else.

He and his guests escaped out a back door to the press office and waited out the rest of the attack.

Wesa said the assailants came under the pretext of asking for him to intercede on behalf of relatives that had been detained, which is a common request.

“The insurgents are not stupid. They had hidden very small guns in their shoes and at two checkpoints they didn’t catch them,” Wesa said.

Police also discovered two cars parked outside the compound that had been rigged with explosives, apparently ready to be set off if there was a surge of people out into the street, Wesa said.

The police defused those bombs, he said.

Elsewhere in the country, a roadside bomb killed 10 members of the security forces in the eastern Wardak province, according to officials.

The government officials said the men, belonging to the Afghan Local Police, a government-sponsored force that works alongside the Afghan army and the national police, were travelling in a pickup truck in Chak district. 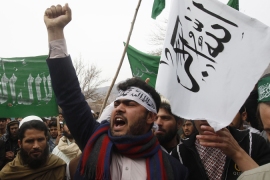 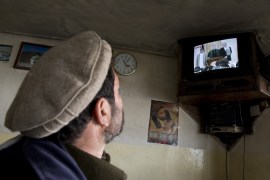 Tuning in to Afghan national unity

Can political and social satire on TV bring Afghanistan’s fractured society together? 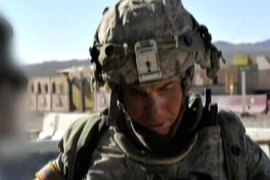 US strategy questioned after Afghan massacre

American military plans come under scrutiny after killing of 16 villagers by army sergeant.