Barack Obama has approved a new policy shift which allows the Central Intelligence Agency and the US military to launch drone attacks in Yemen when the identity of those who could be killed is not known, according to US media reports.

The Washington Post, quoting administration officials, said on Thursday that the US president approved the use of “signature” strikes this month.

It also said that the killing of an alleged al-Qaeda fighter earlier this week near the border to Yemen’s Marib province was among the first attacks carried out under the new authority.

The shift in policy is said to mark a significant expansion of the drone war against what the US alleges to be a group affiliated with al-Qaeda which is located in Yemen.

The Wall Street Journal quotes US officials as saying that the amended policy includes targeting fighters whose names are not known but who are deemed to be “high-value terrorism targets, or threats to the US”.

Some congressional officials have expressed concern over the use of such signature strikes, stating that they raise the likelihood of killing fighters who may not be involved in plots either to do with attacks against the US, or affiliated with al-Qaeda, potentially angering the local population and pushing them to join in the struggle against the US.

The Wall Street Journal quotes a US official as saying “Every Yemeni is armed, so how can they differentiate between suspected militants and armed Yemenis?”

The signature strikes have to be approved by Yemen before they are conducted, according to Yemeni and US officials.

In a related development, Yemeni officials rejected on Wednesday a request from the CIA and US military to expand the signature strikes to the target of groups who they deem to be fighters.

US officials say the CIA and US military had asked the White House for permission to target larger groups if intelligence points to al-Qaeda-related activity, as the CIA does in Pakistan’s tribal regions.

All officials spoke on condition of anonymity to discuss sensitive strategic matters. 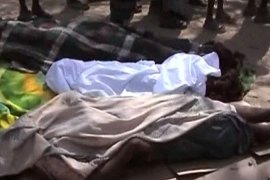 Report says drone attacks have become as frequent as in Pakistan, with scores of civilians killed. 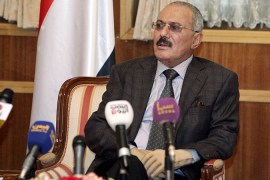 What’s next for Yemen?

The way to post-Saleh unity in Yemen may be through less centralised state control, not more. 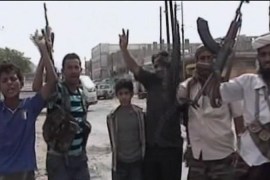