The widows of Osama bin Laden and a number of his children have arrived in Saudi Arabia after being deported from Pakistan.

The country’s interior ministry, which was responsible for the family since their arrest last year, said in a statement early on Friday that it had “passed orders for the deportation of 14 members of OBL family in pursuance of … Court orders”.

“The family was kept safe and sound in a guest house … They have been deported to the country of their choice, Saudi Arabia, today,” it added.

A Pakistani court charged bin Laden’s three widows and two of his grown-up daughters earlier in April with illegal entry and residency in the country.

Bin Laden’s two Saudi and one Yemeni widows, together with their children, have been living under the protection of the authorities in Pakistan since the al-Qaeda chief was killed by US Navy SEALs on May 2, 2011.

The family was believed to number 12: three widows, eight children and one grand child. An interior ministry spokesman, however, said orders were passed for the deportation of 14 bin Laden relatives.

They were taken to Islamabad airport to board a special flight to the Gulf kingdom, which took off shortly before 2:00 am on Friday (21:00 GMT on Thursday).

The deportation was originally due to have occurred after the family members had completed their sentence last week, but the move dragged on because legal formalities were not complete, amid suggestions that Saudi government was reluctant to accept the family.

Bin Laden’s discovery in Abbottabad dealt a huge blow to US-Pakistan relations and led to accusations of Pakistani complicity or incompetence.

After fleeing Afghanistan in the wake of the 9/11 attacks, bin Laden moved his family around Pakistan before settling in a three-storey house inside a walled compound in the garrison town in 2005.

The family’s prolonged detention after the raid fed speculation that the Pakistani authorities were worried about what they might reveal about bin Laden’s time in the country and how he was able to live there for so long undetected.

According to a police report, Amal Abdulfattah, 30, bin Laden’s youngest wife, told Pakistani interrogators that her husband fathered four children while he hid out in Pakistan. Abdulfattah is Yemeni, and Atif Ali Khan, the family’s lawyer, has said that she and her five children could be sent to her native country via Saudi Arabia.

The United States and Pakistan are currently working to repair their relationship, which has been badly damaged by the bin Laden and other episodes during the last year.

Pakistani authorities have already demolished the Abbottabad house where the bin Ladens resided, and with the one-year anniversary of the al-Qaeda leader’s death just days away, they will be keen for the deportation to draw a line under the affair. 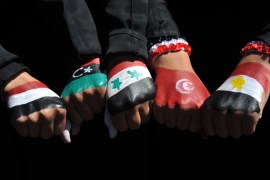 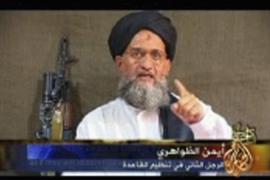 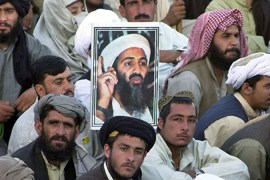 People & Power visited the people of Abbottabad in the days after the raid that saw the capture of Osama bin Laden.