The US non-governmental organisation Invisible Children has released a follow-up video to the hugely popular internet documentary calling for the capture of Lord’s Resistance Army (LRA) leader Joseph Kony.

“Kony 2012: Part II – Beyond Famous” uses some of the same Hollywood-style production techniques but goes deeper into the political and regional background of the hunt for the rebel leader who fled his native north Uganda more than six years ago.

Missing from the sequel, made public on Thursday, is the presence of the group’s co-founder – Jason Russell – who starred in the original film, which has attracted more than 100 million views across online platforms.

Just after he thrust the cause into the global limelight, Russell was diagnosed with brief psychosis in March after being seen walking nude in his San Diego, California, neighbourhood while shouting and striking the pavement with his fists.

The second film also appears to lack the same unified narrative that made the initial effort such a breakout success.

However, it does address many of the criticisms that had been levelled last month, including that the campaign was too US-centric, and that the explanations in the video oversimplified the 26-year-old conflict.

The logic, he said, was the organisation needed to answer people wanting to know who was behind last month’s internet success that prompted the African Union to send 5,000 soldiers to join the hunt for Kony, and compelled a bipartisan group of 40 US senators to back a resolution condemning Kony.

“We want people to dig deeper into this conflict and actively engage in the solutions,” Keesey said in a statement announcing the new 20-minute video.

Part II features more interviews with Africans who talk about the complexities of the rebel conflict and the multipronged approach spearheaded by the International Criminal Court – in Central African Republic, South Sudan and Democratic Republic of the Congo – to stop the warlord.

The LRA, which has kidnapped thousands of children and forced them to become sex slaves and soldiers, began as an attempt to overthrow the Ugandan government in the 1980’s with a blend of mysticism, Christianity and ethnic Acholi nationalism.

“The LRA has abducted over 50 people in central Africa since Kony 2012 was launched one month ago,” Jolly Okot, Invisible Children’s Uganda Country Director, said.

“Now we have the opportunity to work together as a global community to help solve this issue.”

The NGO calls on viewers to continue pressuring legislators in the US to call for Kony’s arrest, and then volunteer in their own communites on April 20 in an international day of action to spread their message. 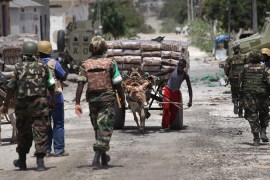 Force will be made up of troops from four countries where fugitive and leader of the LRA Joseph Kony has been operating. 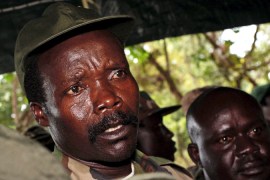 Prime minister says online campaign will correct “false impression” given by US group’s film that Uganda is in conflict. 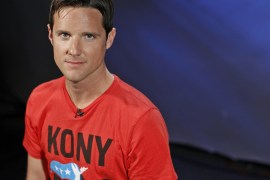 Co-head of Invisible Children taken to hospital after reportedly being found screaming at traffic in a state of undress. 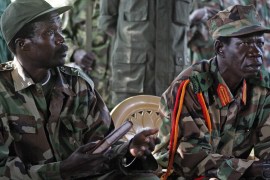