Turkish police have fired tear gas and water cannons to disperse thousands of people protesting an education reform bill that opponents say will boost the influence of Islamic schools, a move seen as contrary to Turkey’s secular constitution.

Police broke up the demonstration in Ankara on Thursday, ending a two-day standoff with protesters who wanted to march toward Parliament where the bill is being debated.

The government wants to overturn a 1997 law that kept students under 15 years old from attending religious “imam
hatip” schools. That law led to a sharp decline in attendance at the schools.

A Reuters witness said protesters threw stones at riot police on Thursday as they moved in to break up the demonstration after refusing the group’s request to march on parliament. There were further clashes in side streets.

Similar demonstrations held elsewhere in Turkey on Wednesday were also broken up by police.

Several demonstrators were hurt in the clashes on Thursday, but t here were no reports of detentions or major casualties among protesters at the rally organised by the KESK public workers union confederation.

Parliament is hotly debating a bill overturning the 1997 law, that was imposed with the backing of the military.

Parliamentarians on Thursday accepted a proposal from Prime Minister Tayyip Erdogan’s AK Party to offer optional courses on the Quran and the Prophet Mohammad’s life for middle and upper school pupils – from about 10 to 18 years old.

The assembly was expected to approve the bill in the coming days and the AK Party is able to call on a large parliamentary majority to push the law through.

The 1997 law had led to a sharp decrease in the numbers at iman hatip schools which were originally set up to train Muslim clerics. Erdogan and half his cabinet attended such schools.

The main secular opposition People’s Republican Party (CHP) agrees on the need for education reform, but says Erdogan is seeking revenge for the 1997 law and attempting to bring about his stated desire to raise a “religious youth”.

While the AK Party has won three elections since 2002 and remains popular, there is a large minority of urbanised Turks who are wary of its roots in political Islam and suspect it has plans to overturn, piece-by-piece, the secular republic. 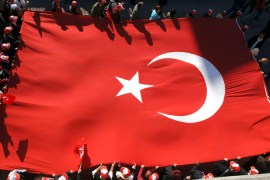 The plight of conscientious objectors in the country shows that the country has not eclipsed its military past. 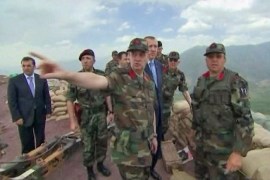 Government steps up its efforts to bring the previously powerful military under civilian control. 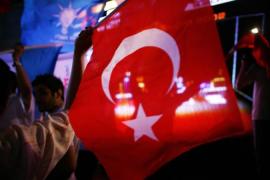 Turkey and the Arab Spring

Turkey’s stable democracy, proactive foreign policy, and growing achievements have made it a “soft power” in the region.