A senior member of David Cameron’s Conservative party has resigned after he reportedly offered access to the British prime minister for donations of $400,000 (250,000 pounds) per year.

The Sunday Times newspaper released secretly recorded video footage of what it said was the centre-right party’s co-treasurer Peter Cruddas making the offer to undercover reporters.

In a statement on Saturday shortly after the allegations were published, Cruddas said his comments to the reporters were “bluster” but added that he had resigned from his position.

“I deeply regret any impression of impropriety arising from my bluster in that conversation. Clearly there is no question of donors being able to influence policy or gain undue access to politicians,” he said.

“Specifically, it was categorically not the case that I could offer, or that David Cameron would consider, any access as a result of a donation.

“But in order to make that clear beyond doubt, I have regrettably decided to resign with immediate effect.”

In the footage, Cruddas is seen discussing different sized donations and saying that $400,000 and more was “premier league”, granting access to Cameron and his finance minister George Osborne.

“When we talk about your donations the first thing we want to do is get you out to Cameron and Osborne dinners,” he says in the recording.

“But within that room everything’s confidential and you will be able to ask him practically any questions that you want.”

The Conservative-led coalition government is facing a backlash after a budget last week that cut tax for top earners while freezing tax allowances for pensioners.

The Conservatives lead a 22-month-old coalition government with the centrist Liberal Democrat party.

In 2010, Cameron promised curbs on Britain’s lobbying industry if he came to power, saying that lobbying was the “next big political scandal waiting to happen.” 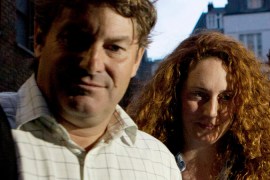 Ex-News of the World editor Rebekah Brooks rearrested as more are held on suspicion of conspiring to pervert justice.