The US soldier accused of killing 16 Afghan villagers in a pre-dawn shooting spree has been flown out to Kuwait from  Afghanistan.

Afghan officials are yet to comment on the late-night announcement on Wednesday which came after US defence secretary Leon Panetta arrived in the country to meet with his commanders and local officials.

The US military had held the army staff sergeant connected to Sunday’s killings in Kandahar before he was flown out “based on a legal recommendation,” said Navy Captain John Kirby, a Pentagon spokesman.

“We do not have appropriate detention facilities in Afghanistan,” Kirby said, explaining that he was referring to a facility for a US service member “in this kind of case”.

Kirby said the transfer did not necessarily mean the trial would be held outside Afghanistan.

After his arrival, Panetta said the US must never lose sight of its mission in the war despite the recent violence including what appeared to be an attempted attack near the runway of a military base before he was about to land.

It was not clear whether it was an attempt to attack the US defence chief, whose travel was not made public before he arrived. Panetta was informed of the incident after landing.

Panetta’s two-day visit is scheduled to include meetings with Afghan President Hamid Karzai, Afghan defence officials and provincial leaders, as well as routine discussions with his commanders on the ground.

Speaking to coalition and Afghan troops in southern Helmand province, Panetta acknowledged the Quran burning, Sunday’s killings and  attacks on coalition troops by Afghan soldiers had posed difficult challenges, but said the strategy was still on track.

“Each of these incidents is deeply troubling. We will not allow individual incidents to undermine our resolve,” he said.

“We will be tested, we will be challenged by the enemy, by ourselves and by the hell of war itself,” Panetta added.

The US marines who gathered at the tent to hear Panetta were asked to leave their weapons outside, media reports suggested, a sign of nervousness in the wake of the recent events.

Even before the shootings, anti-US sentiment was already on the rise in Afghanistan after reports emerged that copies of  the Quran were burned last month at a US-run airbase.

The burnings came to light soon after a video purporting to show four US soldiers urinating on Taliban corpses was posted on the internet in January.

Military commanders have yet to release their final investigation on the Quran burnings, which US officials have apologised for.

Five US service members could face disciplinary action in connection with the incident.

Panetta’s agenda is likely to include discussion over the US’s planned withdrawal of about 22,000 troops by the second half of the year, including as many as 10,000 troops from Helmand province.

As Panetta was arriving in Helmand, a motorcycle bomb blast in neighbouring Kandahar province killed at least one Afghan security officer and wounded two others. 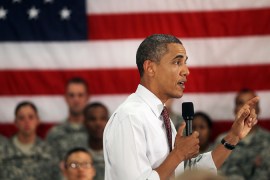 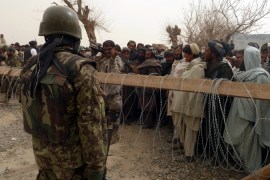 After an American soldier killed 16 Afghan civilians, the US apologises – but will probably not learn its lesson. 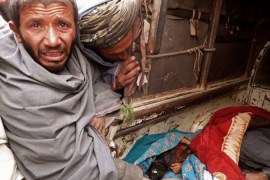 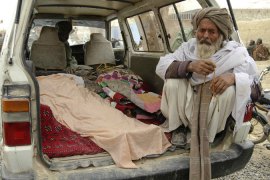 US president says massacre of 16 civilians by a soldier would not change war strategy.