Vladimir Putin has made a show of confidence before Russia’s presidential vote that is expected to see him win back the presidency, belittling the opposition as lacking in vision and brushing off protests.

The prime minister said on Thursday he has not yet decided whether he wants to stay in power beyond 2018, when the presidential mandate he is expected to win expires, but saw nothing wrong in principle with such lengthy political dominance.

At a meeting with editors of leading newspapers around a table laden with white wine and snacks, Putin said the protests made him happy and that the opposition’s leaders offered nothing substantive.

“I am very happy about this situation, because that means that the authorities … have to actively react to what is happening in the country, to people’s sentiments, and to meet expectations,” he said.

Tens of thousands of people have staged several rallies in Moscow over the past three months against unfair elections and Putin’s monopoly on power, and many plan to demonstrate on Monday, a day after the presidential poll.

Moscow authorities intend to call in an additional 6,300 policemen from outlining regions to the city to make sure that Monday’s rally, staged within a few blocks of the Kremlin, remains contained, the interior ministry said.

The latest opinion polls predict a first-round victory for Putin in the election with support of nearly 60 per cent, and the runner-up Communist party leader Gennady Zyuganov trailing with only around 15 per cent of votes.

“I think this is a very good experience for Russia,” said Putin, denying that he was quickly losing in major cities such as Moscow and Saint Petersburg.

“There are less of my supporters [there], that is true. But, all in all, my supporters are in the majority, even in large cities.”

Putin has not participated in political debates with four other presidential candidates, instead sending his campaign representatives to talk shows while he has maintained an image of a busy prime minister travelling all over the country.

Asked whether it is normal to be in power for such a long time, Putin commented: “It’s normal if everything is working out, if people like it.”

Putin, who turns 60 this year, can under the law serve as president for two more consecutive terms, which would prolong his rule until 2024, when he will turn 72.

The presidential mandate is now six years, due to constitutional changes that expanded the term from the four years served by Dmitry Medvedev. the outgoing president.

“I don’t know if I want to stay for over 20 years. I have not decided this for myself yet,” said Putin, who has now been in power for over 12 years as president and prime minister.

In a tense run-up to the election, the opposition accused the authorities of seeking to rig the polls while Putin has in turn accused his opponents of planning to stuff ballot boxes and then cry foul.

Russian prosecutors on Friday warned an independent election monitoring group that it was illegal to hold a planned online parallel vote count during the presidential ballot.

The Golos (Voice or Vote) monitor had intended to put text-message reports of results from individual polling stations online in real time during the election as a safeguard against the possible fraud.

Putin’s rivals, meanwhile, spent the last official day of campaigning conceding that the best they could hope for was a chance at a second-round run-off.

The populist Sergei Mironov, who was a Putin ally until being removed as the speaker of the upper house of parliament last year, said on Friday Russia has been ruined by capitalism and now needed a socialist future.

“The entire world has now realised that liberal ideas lead to a dead end,” he said.

For his part, Mikhail Prokhorov, the billionaire candidate who never campaigned directly against Putin, told supporters at his Moscow campaign office: “I really want to make it into the second round.”

Al Jazeera’s Christopher True, reporting from a rally for Prokhorov at Moscow’s Olympic Stadium on Friday night, said: “There is genuine enthusiasm for Prokhorov here. Nearly everybody expects Putin to win in the first round but they are taking the long view and think Prokhorov may have a chance in 2018.

“Most Russians are wondering what Putin will do if he wins the election, whether he will bring in any new changes, continue as before or even take revenge on the opposition.” 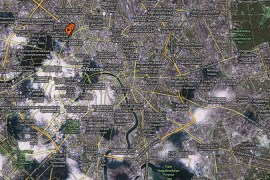 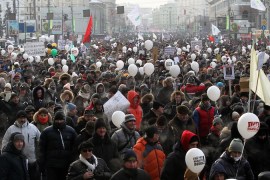 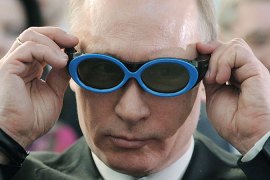 Russia gears up for ‘dirty campaign’

With little changed since December’s disputed poll, the advantages appear stacked in favour of a Putin presidency. 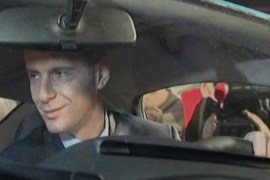 Mikhail Prokhorov is promising reforms, but some worry he is Putin’s stooge.