Syrian government troops have started advancing on parts of Homs, after weeks of bombardment by tanks and fighters on the country’s third largest city.

The latest assault, which appeared to have started overnight after power was cut to most of the area, saw troops clashing with opposition fighters when they tried to enter the opposition stronghold of Bab Amr on Wednesday.

There were reports that elite troops of the Fourth Armoured Division, commanded by President Bashar al-Assad’s brother Maher, had deployed with tanks around Bab Amr.

The activists also said Syrian soldiers abandoned checkpoints in the northern part of Homs, in the neighbourhoods of Al-Khaldia and Bayada.

The troops then started a heavy shelling campaign, the activists said, adding that there was sporadic shelling of other opposition areas in and around Homs.

“Homs is now and today experiencing the worst crackdown from al-Assad batallions and Assad regimes and every district and residential area in Homs is being surrounded,” Hadi Abdullah, an activist in Homs, told Al Jazeera on Wednesday.

“The Syrian army is using all the weapons and we are really scared because we can safely say that these areas will be a traget of severe shelling from the Syrian army.”

Soldiers are reportedly also searching houses and other buildings for army deserters who have since joined the opposition Free Syria Army.

“It is obvious that they are launching a major offensive against the strongholds of the Free Syria Army,” said Al Jazeera’s Rula Amin, reporting from neighbouring Lebanon.

“President Assad and the government have made it clear, he has said that he wants this month to be a decisive month. They believe that in this month they can contain the opposition, they can crush the armed opposition and that’s what they are trying to do.”

Amin said sources close to the government said the army had almost cleared Bab Amr from fighters, but this claim was disputed by activists.

The latest reports of violence came as the international community continued to debate the Syria crisis.

She said in a statement on Wednesday that she was “deeply disappointed” that Syria turned down her requests to meet officials at the highest level “to discuss the humanitarian situation and the need for unhindered access to the people affected by the violence”.

She said given the rapidly deteriorating humanitarian situation, improved access was “a matter of the highest priority”.

In another development, it was reported that Kofi Annan, the UN-Arab League envoy for Syria, intended to hold talks in New York from Wednesday to Friday with Ban Ki-moon, the UN secretary-general, and member states.

The US has drafted an outline for the resolution, which demands access for humanitarian aid workers to besieged towns and an end to the violence there.

“The pressing task now is for all sides to cease violence in the Syrian conflict, and to launch as soon as possible inclusive political dialogue and together deliberate on a reform plan,” Yang Jiechi told Nabil Elaraby, the head of the Arab League, during a phone call late on Tuesday.

Yang was quoted by the official Xinhua news agency as saying: “The international community should create conditions for this, and extend humanitarian aid to Syria.”

It was not clear whether Yang’s remarks meant China would consider the proposed Security Council resolution.

China has been widely condemned for its handling of the Syria crisis. Elaraby has previously said China lost diplomatic capital in the Arab world after it joined Russia in vetoing two previous Security Council resolutions.

The UN estimates that more than 7,500 people have been killed by Syrian President Bashar al-Assad’s forces since the start of the uprising in March last year.

“There are credible reports that the death toll now often exceeds 100 civilians a day, including many women and children,” Lynn Pascoe, the UN’s undersecretary-general for political affairs, said on Tuesday.

Syria’s government said in December that “armed terrorist groups” had killed more than 2,000 soldiers and police. Scores of troops have since been reported killed.

Jihad Maqdisi, Syria’s foreign ministry spokesman, said on Wednesday that calls for arming the country’s opposition constituted an aggressive act against his country.

“Any party that issues such declarations will carry the political responsibility for the bloodshed of Syrians,” he said.

Maqdisi said that a Qatar call for arming Syria’s opposition was nothing new, adding that “arming the opposition will harm any legitimate demands of the people – to which,” he claimed, his government “is willing to respond”.

The White House, for its part, said al-Qaeda’s efforts to take advantage of the violence in Syria meant it was not the time to begin sending arms to opponents of Assad.

“Now is not the time to further militarise the situation in Syria,” Jay Carney, the White House spokesman, said. He said applying political pressure on Assad to leave office and to cease the military crackdown on dissidents was a better option than sending in weapons. 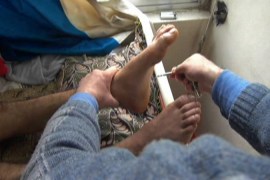 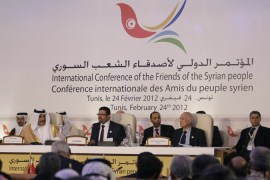 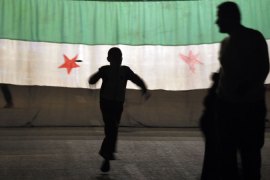 Can a constitutional referendum boycotted by the opposition and dismissed as a farce by many have any real meaning?