North Korea has agreed to stop nuclear tests, uranium enrichment and long-range missile launches and to allow international inspectors to visit its Yongbyon nuclear complex in return for food aid from the United States.

The announcement, made simultaneously by the US state department and North Korea’s official news agency on Wednesday, paves the way for the possible resumption of six-party disarmament negotiations with the Communist state.

It also marks a significant policy shift by North Korea’s reclusive leadership after the death of longtime ruler Kim Jong-il in December.

“The DPRK, upon request by the US and with a view to maintaining positive atmosphere for the DPRK-US high-level talks, agreed to a moratorium on nuclear tests, long-range missile launches, and uranium enrichment activity at Yongbyon and allow the IAEA to monitor the moratorium on uranium enrichment while productive dialogues continue,” the official KCNA news agency said.

North Korea is known formally as the Democratic People’s Republic of Korea (DPRK).

Foreign ministry spokesman Hong Lei said in a statement posted on Thursday that China welcomed efforts by the two sides to improve relations and preserve peace and stability on the Korean peninsula. He reiterated China’s willingness to participate in efforts to restart the six-party talks.

The state department was cautious in its response but said Washington was ready to finalise details of a proposed food aid package of 240,000 metric tonnes of nutritional assistance, and that more aid could be agreed based on continued need.

“The United States still has profound concerns regarding North Korean behaviour across a wide range of areas, but today’s announcement reflects important, if limited, progress in addressing some of these,” a state department statement said.

A South Korean foreign ministry spokesman said the development reflected “the close work Seoul and Washington have done to try to resolve the nuclear standoff,” while the International Atomic Energy Agency called it “an important step forward”.

“[This move] is certainly going to come under the microscope in terms of US policy. The US has used [food aid] successfully as leverage and there is going to be some talk about that,” she said.

The announcement comes as the Obama administration steps up pressure on Iran over its atomic ambitions, which Western governments fear are aimed at producing nuclear weapons.

It followed talks between the US and North Korea last week in Beijing, the first such meeting since veteran leader Kim Jong-il’s son, Kim Jong-un, succeeded his father as leader.

Christopher Hill, the former chief US negotiator in the six-party talks, said it was an important step that Kim’s son, Kim Jong-un, had made such a high-profile decision in the wake of his father’s death.

He said that the military, which is influenced by Chang Song-taek,  Kim Jong-il’s powerful brother in law, had probably played a role in the agreement.

“I think the first order of business is to try to figure out the terms by which we provide the food aid,” Hill said. “We’re going to have to make sure the North Koreans have the aid and that we can monitor that the food aid goes to the right people.”

North Korea agreed to curtail its nuclear activities under an aid-for-denuclearisation agreement reached in September 2005 by six-party talks bringing together North and South Korea, China, Japan, Russia and the US.

Under the terms of that deal, the North agreed to abandon its nuclear programmes in exchange for economic and diplomatic incentives to be provided by the other parties involved in the negotiations.

But the embryonic deal was never fully implemented.

Instead, the North held two nuclear bomb tests, in 2006 and 2009, and later disclosed a uranium enrichment programme, giving it a second path to obtaining fissile material for bombs, in addition to its long-standing programme of producing plutonium.

The US, South Korea and their allies had been sceptical of North Korea’s assertions that it stands ready to return to the six-party talks, and said they would insist on evidence of the country’s willingness to denuclearise before any such talks could resume. 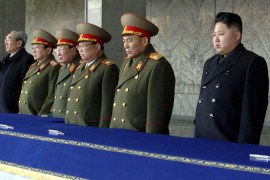 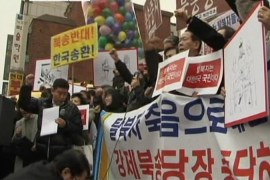 South Koreans concerned that “border-crossers” could face harsh punishments after they are sent back to the North. 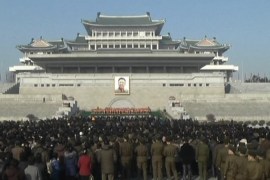 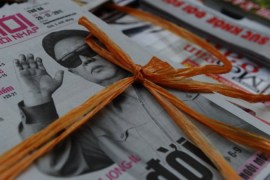