Ethiopian and Somali troops have captured the strategic Somali city of Baidoa from al-Qaeda-linked al-Shabab fighters, who have vowed to avenge the loss.

Baidoa, 250km northeast of the capital Mogadishu, is one of the main bases of the anti-government group, and Wednesday’s capture deals a major blow to the fighters, who control large parts of southern and central Somalia.

“We have taken control of Baidoa without a single shot, it is a great day for the people who are now welcoming us warmly,” Muhidin Ali, a Somali government military commander in Baidoa, said.

“We are at the centre now and moving towards every corners of the town, to ensure that we are in full control.

“The enemy fled the city before our army has reached the town empty.”

Sporadic shooting was reported on the outskirts of the town, but residents said the city was largely calm.

Al Jazeera’s Nazanine Moshiri, reporting from Mogadishu, described the recapture of the town as “extremely significant”.

“Baidoa was taken relatively easily by the Ethiopians, backed up by Somalia’s transitional federal government forces,” she said.

“Al-Shabab itself has said that it withdrew from the town and will now start guerrilla-style warfare against the Ethiopians and Somali troops within the town right now.

Our correspondent said considering what al-Shabab said when they withdrew from Mogadishu back in August, “their guerrilla-style tactics don’t seem to be working because they are still outside the city of Mogadishu”, fighting AMISOM [African Union] forces.

“Al-Shabab is fighting on three fronts: against the Ethiopians around Baidoa; just south of Mogadishu they are fighting the Burundians and the Ugandans near the corridor of Afgoye; and in the south they are fighting against the Kenyan forces. So they have been weakened in this period and this is a big blow for the group,” she said.

Sheikh Mohamed Ibrahim, an al-Shabab commander, said: “The takeover does not mean that the enemy will enjoy the city, there will be more bloodshed.

“The areas they took will only be the graveyards of the Christian invading forces and their apostate Somali militia.”

Ethiopian troops, who moved into southern and western Somalia in November, began a major push on Tuesday towards Baidoa, which hosted the transitional parliament before Shabab rebels seized the town in 2009.

“There was no fighting, the Somali troops and the Ethiopian forces entered the town, setting up their base at the police station and the main crossroads in town,” Abdulahi Hassan, a resident of Baidoa, said.

“People are out in the streets watching the soldiers who are gradually moving into the different parts of the city.”

The rebels are already struggling financially and face increasing pressure from regional armies and pro-government forces. The rebels still control the southern port town of Kismayo, a major source of income.

Witnesses had said earlier that Shabab fighters and their families were seen fleeing Baidoa towards rebel-held Afgoye.

“Many people, most of them al-Shabab families and supporters, are fleeing Baidoa,” Hussein Ali, a resident, said. “They are heading towards the Afgoye.

News of the fall of Baidoa came just hours before the UN Security Council decided to boost by nearly one half an African Union peacekeeping force in Somalia.

A resolution increasing the AMISOM force to 17,731 from 12,000 troops and police passed the council unanimously on the eve of an international conference in London to discuss measures to tackle instability in Somalia and piracy off its shores.

Wednesday’s resolution will increase the UN cost of supporting AMISOM from $250m to around $550m a year, not counting salaries for the soldiers, which are covered by the European Union, Mark Lyall Grant, the British ambassador to the UN, said.

He said it would also give AMISOM a freer hand in its campaign.

“For the first time it authorises AMISOM to use all necessary means to reduce the threat from al-Shabab, and therefore to conduct more robust and offensive operations,” Lyall Grant, whose country sponsored the resolution, said.

AMISOM has until now consisted of Ugandan and Burundian troops.

The new increase to a large extent is accounted for by bringing under its command Kenyan forces that entered Somalia independently last October to fight the al-Shabab, blamed by Kenya for attacks and kidnappings on its soil.

Other troops are expected to be brought in from Djibouti, diplomats said, to bolster AMISOM, which although not a UN force receives authorisation and much of its funding from the UN.

The force, which first entered Somalia in 2007, has claimed a series of recent successes against al-Shabab’s fighters.

Somalia collapsed into feuding between rival regional commanders, clans and factions after the military ruler, Siad Barre, was toppled in 1991. 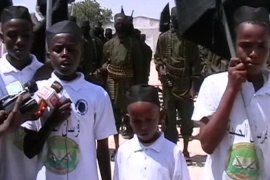 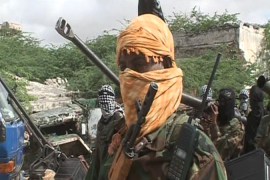 Al-Qaeda and al-Shabab: Double the trouble?

We ask what the formal merger of the two groups means for the conflict in Somalia. 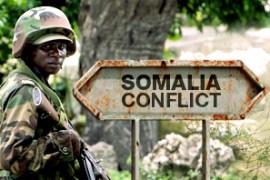 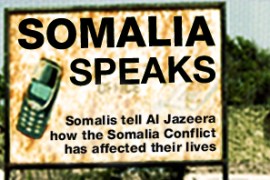