The US and European Union have expressed cautious optimism over prospects that Iran may be willing to engage major powers in new talks, but underscored any resumed negotiations must be sustained and focus on the nuclear issue.

Hillary Clinton, the US secretary of state, and Catherine Ashton, the EU foreign policy chief, said that Iran’s recent letter to Ashton might mark a step forward.

“We think this is an important step and we welcome the letter,” Clinton said in a joint meeting with Ashton. She stressed that the major powers were still reviewing their formal response to Iran’s offer.

Ashton, who handles contact with Iran on behalf of the “P5+1” group comprised of the US, Britain, France,
Russia, China and Germany, said the letter showed “a potential possibility that Iran may be ready to start talks”.

Iran’s letter to Ashton, which was obtained by the Reuters news agency on Thursday, proposed resuming the stalled talks and said Tehran would have “new initiatives” to bring to the table.

But the brief letter, which responded to a letter Ashton sent to her Iranian counterpart in October, offered no specific
proposals, leaving a question mark over Iran’s willingness to enter substantive negotiations on its nuclear work.

Clinton, however, said the Iranian letter “appeared to acknowledge and accept” the western countries’ longstanding
condition that any talks begin with a discussion of its nuclear programme.

“We must be assured that, if we make a decision to go forward, we see a sustained effort by Iran to come to the table,
to work until we have reached an outcome that has Iran coming back into compliance with their international obligations,”
Clinton said.

The US and its allies suspect Iran is seeking to develop nuclear weapons capability under cover of a declared
civilian nuclear energy programme, and believe Iran has used talks only as a time-buying tool, not a pathway to agreement.

Iran says it is enriching uranium only for civilian purposes. Victoria Nuland, the state department spokeswoman, said the US and its allies would be on guard against any more “false starts” to the negotiation process.

“We want to make sure … if we go forward, and a decision has not been made, that it is well-planned, well-coordinated
among us and that we’re absolutely clear as unified group about our expectations.”

Alain Juppe, the French foreign minister, said on Thursday that a February 20-21 visit to Iran by top UN nuclear watchdog officials would help determine whether Iran was serious about tackling international concerns.

Following an IAEA report in November that cast new doubts over Iran’s nuclear work, the US and EU adopted
sanctions meant to shut down Iran’s oil export industry, the world’s fifth largest.

The clampdown on Iranian oil would take full effect in July, and would join an escalating range of UN and unilateral sanctions which western officials say are putting unprecedented pressure on Iran’s economy.

Ashton said the P5+1, which made no headway in its last talks with Iran on the nuclear issue in Istanbul in January
2011, said the letter from chief Iranian negotiator Saeed Jalili contained “no preconditions and a recognition of what we’ll be talking about”.

“We also said at that time they could come forward with their own ideas about what they wanted to do, so that this was a genuine, open process,” Ashton said, saying it was crucial to ensure that any talks, once started, are sustained. 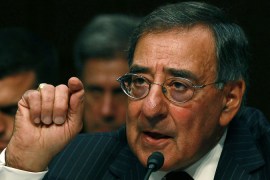 US defence secretary tells congressional committee Iran has not yet decided to embark on a nuclear weapons programme. 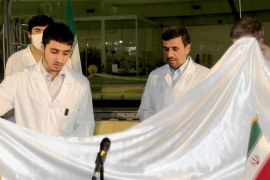 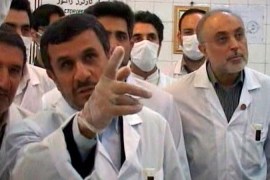