Rupert Murdoch’s News Corporation will close its tabloid News of the World after this Sunday’s edition, as a result of an escalating phone hacking scandal, James Murdoch said on Thursday.

“The News of the World is in the business of holding others to account,” the deputy chief operating officer of News Corporation told staff. “But it failed when it came to itself.”

The move comes amid claims that the top-selling British Sunday tabloid hacked in to the phones of relatives of soldiers killed in Iraq and Afghanistan.

Also on Thursday, Scottish police were asked to investigate evidence given in court by witnesses including former News of the World editor Andy Coulson following the latest developments.

The Royal British Legion, which works with war veterans, has cut ties with the Sunday newspaper in protest, signalling how far the scandal is affecting the mass-readership publication.

Families of British soldiers who died in combat are angry as fresh allegations suggest that the News of the World may have hacked into the mobile phones of bereaved military families.

Already major companies – such as the British supermarket Sainsbury’s and the car maker Ford – have suspended their advertising deals with the News of the World.

Calls for a public inquiry have been intensified after reports by the Daily Telegraph, a UK newspaper, alleged phones owned by relatives of dead UK soldiers were hacked by the News of the World.

The newspaper said phone numbers of relatives of dead soldiers in Iraq and Afghanistan were found in the files of Glenn Mulcaire, a private investigator working for the News of the World.

The company said it was willing to work with the ministry of defence to investigate the claims made by the Daily Telegraph.

The long-running saga took on dramatic new proportions this week with David Cameron, the British prime minister, promising a full inquiry into the phone hacking scandal.

The events of the past few days are also threatening to delay a planned multi-billion-dollar takeover by Rupert Murdoch’s News Corp of news and entertainment broadcaster BSkyB.

The allegations have raised fresh questions about the power of Murdoch, the owner of News International, over the British press, politicians and the police.

“We have let one man have too far great a sway over our national life,” said the British Labour Party MP, Chris Bryant, who secured an emergency debate in parliament on Wednesday to ask the government to call for a public enquiry.

“No other country would allow one man to garner four national newspapers, become the second-largest broadcaster and hold monopoly on film rights and first-view movies,” he said.

The government is considering delaying their decision on whether to allow Murdoch’s News Corp to buy out the 61 per cent of pay-TV company BSkyB that it does not already own, after receiving over 100,000 complaints from members of the public.

The News of the World is already under scrutiny as journalists and private investigators working for it are alleged to have accessed the voicemail messages of crime victims, including Milly Dowler, a 13-year-old girl who was murdered in 2002.

Cameron has described the newspaper’s practices as “disgusting” and is consulting British MPs from all political parties about the nature of the public inquiry to be conducted. 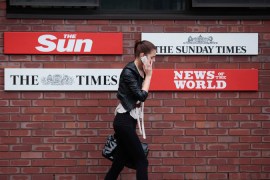 The events that led to the exposure of the phone-hacking scandal in Britain. 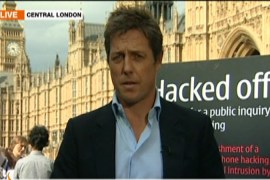 Hugh Grant on being ‘hacked’

British actor, a phone-hacking victim, recalls his encounter with a former News of the World journalist. 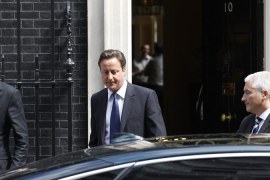 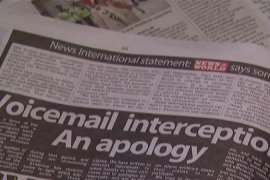 News of the World accused of accessing schoolgirl’s voicemail, and even deleting some messages.