One of the world’s smallest primates, which up to now had been mistakenly described as being “ordinarily silent”, has all along been using inaudible ultrasound to communicate.

No bigger than a man’s hand, the Philippine tarsier can hear and emit sounds at a frequency that effectively gives it a private channel for issuing warnings or ferreting out crickets for a night-time snack, a study published on Wednesday found.

Only a handful of mammals are known to be able to send and receive vocal signals in the ultrasound range, above 20 kilohertz (kHz), including some whales, domestic cats and a few of the many species of bats.

And few of these can squeal, screech or squawk at the same sonic altitudes as the saucer-eyed tarsier, Tarsius syrichta, researchers found.

Its finely-tuned ears are capable of picking up frequencies above 90 kHz, and it can vocalise in a range around 70 kHz.

By comparison, humans generally cannot hear anything above 20 kHz, and a dog whistle is pitched to between 22 and 23 kHz.

A team of scientists from the United States and the Philippines led by Marissa Ramsier of Humboldt State University in California gathered their inaudible results in two ways.

First they captured six of the docile nocturnal creatures and placed them inside custom-build sound chambers to test their sensitivity to high-pitched sounds.

After the experiments, the rare and endangered animals were returned unharmed to their natural habitat, on the Philippine island of Mindanao.

To measure the frequency of the tarsier’s ultrasound chatter, the researchers recorded another 35 specimens in the wild.

“The minimum frequency of the call – 67 kHz – is the highest value of any terrestrial mammal, excluding bats and some rodents,” the study, published in the British Royal Society’s Biology Letters, said.

What advantages do the tarsier’s high-end vocal acrobatics confer? There are several, the researchers suggest.

One is being able to sound a silent alarm.

“Ultrasonic calls can be advantageous to both the signaller and receiver as they are potentially difficult for predators to detect and localise,” the researchers explain.

The tarsier’s exceptional hearing may also facilitate acoustic eavesdropping on noises emitted by prey, which range from crickets and cockroaches – their staple diet – to the occasional moth, katydid or hatchling bird.

Finally, the study speculates, being able to communicate in ultrasonic ranges filters out all the low-frequency “noise” and hubbub of a tropical environment.

Tarsier’s have five-digit hands that eerily resemble – in emaciated form – their human counterparts.

Lacking the typical “night vision” of other nocturnal creatures, they also have – in relation to their body size – the largest eyes of any primate on Earth. 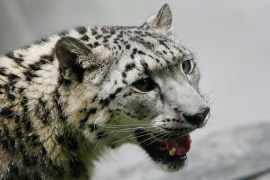 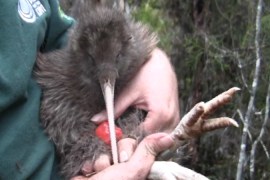 Aided by a homing device, conservationists attempt to track down an endangered species of the flightless bird. 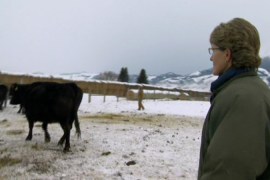 Hunters and ranchers in US Northern Rockies region say grey wolf should be fair game.