The Syrian army has stepped up its attacks on opposition fighters in Homs, activists and witnesses have said, a day after a UN Security Council resolution, aimed at ending the bloodshed in Syria, was blocked by Russia and China.

Abu Abdo Alhomsy, an activist of a revolutionary council in Homs, described to Al Jazeera on Monday an attack on the city as live pictures showed smoke billowing into the sky.

“It is horrible right here,” Alhomsy said. “Rockets are falling. There are massive explosions that shook buildings. We don’t know really what to do.

“Its a massive attack – a new massacre is happening here. Nobody can go out, we don’t know how many homes have been hit or how many people died.”

The  Syrian Revolution General Commission, an opposition group, said that 15 people were killed in Homs on Monday, and at least three others were killed in Aleppo.

Activists and witnesses said the army had been shelling the neighbourhood “indiscriminately” since Sunday morning.

In the northeast of the country, army deserters destroyed a military control post early on Monday, killing three officers and capturing 19 soldiers in the process, the Syrian Observatory for Human Rights (SOHR), a London-based rights organisation, said.

The fighting happened in the village of Al Bara in the Edleb region, the SOHR said.

The death toll in Syria rose to at least 88 people over the weekend – one of the bloodiest since the uprising against Assad’s government erupted almost 11 months ago.

On the diplomatic front, the European Union was set to strengthen sanctions imposed on Syria in a bid to boost pressure on the government, according to France.

“We will try to increase this international pressure and there will come a time when the regime will have to realise that it is completely isolated and cannot continue.”

Juppe  said France would “help the Syrian opposition to structure and organise itself” and would be working to create an international group on Syria.

He said Nicolas Sarkozy, the French president, “will take steps in the coming days to try to bring together all those who consider the current situation [in Syria] absolutely intolerable”.

Juppe described the veto by China and Russia as a “moral stain” on the UN, and said France would consider a call by Tunisia for all countries to expel Syrian diplomatic envoys.

Russia and China blocked a Security Council resolution on Saturday condemning Syria for its crackdown on protests, drawing criticism from other global powers and the Syrian opposition.

Juppe cautioned, however, that a decision by France to expel Syrian diplomats could lead to a tit-for-tat expulsion by Syria.

“It is possible of course, but it would have to be measured against the consequences because our embassy in Damascus is today also playing a humanitarian role,” he said. 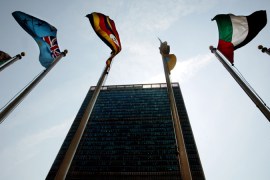 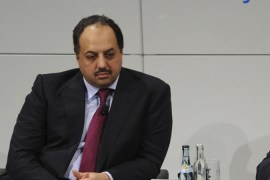 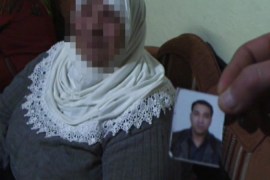