Gunmen in the southern Philippines opened fire on three boats and killed 15 fishermen in what officials say was probably an attack by a rival group over access to lucrative fishing waters.

The fishermen were aboard three small, wooden-hulled vessels off Sibago Island in Basilan province when attackers in speedboats fired on them on Monday morning and then sped away, Lieutenant-Colonel Randolph Cagangbang, a military spokesman, said on Tuesday.

There were about 10 attackers, but no arrests have been made as news of the incident reached authorities late because of the remoteness of the area, said Felicisimo Khu, a senior police official.

Al Rasheed Sakalahulm, the Basilan vice governor, is on his way to the area, protected by a platoon of soldiers and police, to investigate the killings, according to Khu.

The fishermen, seven of whom died in one boat, five in another and three more in the third vessel, were probably attacked by a rival group of fishermen because they strayed into their fishing grounds, Cabangbang told The Associated Press news agency.

The victims all came from Pagadian city in Zamboanga del Surprovince, 170km northeast of Sibago.

One of the survivors told police that their group had been warned to stay away from the fishing grounds where the attack took place, ABS-CBN TV reported.

Khu, the regional police official, said there was unconfirmed reports that the attacked fishermen were blamed by their rivals for destroying giant nets that they had set up worth about $3,500. Such nets are used for catching tuna, one of the Philippines’ main exports.

Basilan is a stronghold of Muslim rebels who have been fighting for minority self-rule in the predominantly Christian nation for decades, as well as of criminal gangs.

Law enforcement in the area is weak, and deadly clan feuds fuelled by business and political rivalry are rampant. Businesses often pay protection money to armed groups or hire their own private guards.

Al Jazeera’s Marga Ortigas, reporting from the Philippines, explained the apparent anarchy that pervades the region: “Smaller islands like Basilan, which are off the Mindanao mainland, are pretty much perceived as “no-man’s-lands”, with lawlessness akin to that in the old Wild West – where money reigns – and guns equal power.”

“Law enforcers have long struggled to control the area and curtail crime. Instead, young boys there grow up believing the only way to be ‘a man’, or ‘cool’, is to be part of a gang – that way they not only get access to weapons, they also earn a living.

“Job opportunities are not many in these islands – so crime almost becomes a way of life, or option out of poverty for many who are desperate. Eventually, these criminal gangs then become guns-for-hire for anyone with the money to solicit their “services,” our correspondent said. 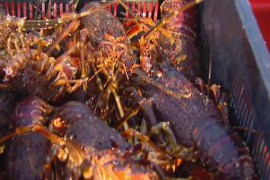 Fishing communities on the coast are reeling from effects of carbon dioxide emissions. 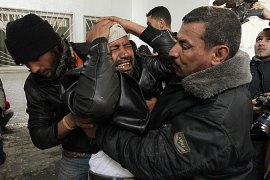 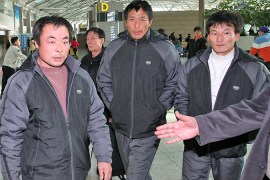 Three crewmen detained after a deadly clash between their trawler and a South Korean patrol ship are released to China.