A suicide bomber has detonated his explosives-packed car near a bank where policemen were picking up their salaries in the northern Iraqi city of Kirkuk, killing two people and wounding as many as 60, officials say.

Sarhat Qadir, the Kirkuk police spokesman, said a policeman and a civilian died in the blast on Thursday, and that most of the wounded were policemen.

Colonel Salam Zangna, a security official in Kirkuk Hospital, confirmed the deaths and said about 60 others had been injured.

“My children are waiting for me to come with the salary today in order to buy school bags and stationery,” Mirwan Sadiq, a policeman, said.

“Instead the family will receive sad news about me. These merciless terrorists do not differentiate between military and civilians.” Sadiq had been one of the victims standing in line near the bank’s front door when the blast knocked him down and into a wall.

Kirkuk is located 290km north of Baghdad and has for years been rife with tensions among ethnic Kurds, Sunni Arabs and Turkomen who all claim rights to the oil-rich land.

Security officials across Iraq are often the target of deadly attacks – in part because fighters accuse them of working with US forces who are training them.

Attacks on security forces have stepped up in recent years as fighters attempt to highlight Iraq’s continued vulnerability in the run-up to a planned US troop withdrawal by the end of the year.

A police officer was also killed Thursday by assailants on a motorbike in Baghdad, officials said.

Separately, an employee for Iraq’s government-run TV channel died on Thursday from bullet wounds he sustained in an attack late on Wednesday, police and hospital officials said.

Officials in Baghdad spoke on condition of anonymity because they were not authorised to release the information.

Meanwhile, Ziyad al-Tharib, a politician, said a former electricity minister who was arrested on Wednesday for questioning about alleged corruption was released on Thursday.

Attempts to reach Raad Shalal about his arrest were unsuccessful.

Al-Tharib said authorities sought details about alleged corruption at the ministry in 2007, before Shalal headed it. Shalal was arrested with a warrant  issued by the government’s integrity commission after he refused to answer several police requests for an interview.

Shalal was fired in August after being accused of failing to follow guidelines in signing deals worth $1.7bn to build power stations in Iraq.

Both al-Tharib and Shalal are members of the Sunni-dominated Iraqiya political coalition. 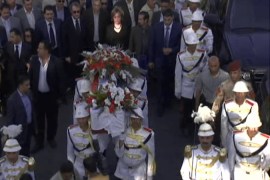 Iraq mourns its most famous artist 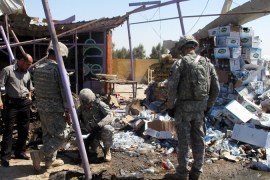 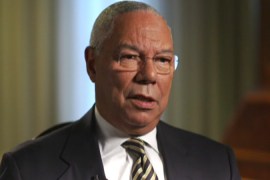 Former US secretary of state says information he provided leading to the invasion of Iraq is a “blot” on his record. 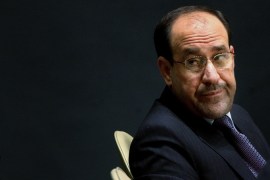