China has successfully launched an experimental module to lay the groundwork for a future space station, underscoring its ambitions to become a major space power.

Thursday’s launch brings the growing Asian power closer to matching the US and Russia and comes at a time when budget restraints and shifting priorities have held back US manned space launches.

Tiangong-1 blasted off from a remote site in the Gobi Desert at 9:16pm local time (13:16 GMT) aboard the Long March rocket that heaved it skyward from a pad at Jiuquan in northwest Gansu province.

Both Hu Jintao, the president, and Wen Jiabao, the premier, were at the launch.

The big test comes weeks after its launch, when the eight tonne craft attempts to join up with an unmanned Shenzhou-8 spacecraft that China plans to launch, providing the vital docking experience needed to build a permanent manned space station.

China’s government will hope to set a successful Tiangong mission alongside other trophies of its growing technological prowess, including the launch of a trial aircraft carrier.

Space docking tests conducted with the Tiangong-1 will provide experience for the building of a permanent manned space station around 2020, Wu Ping, the mission spokeswoman, said.

Beijing is still far from catching up with space superpowers and the Tiangong module is still a trial step in Beijing’s plans to eventually establish its own space station.

Russia, the US and other countries jointly operate the International Space Station, to which China does not belong. 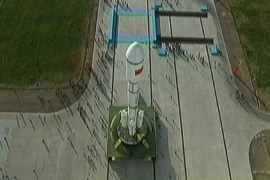 It will be joined by two more modules in the coming years to form a space station by 2020. 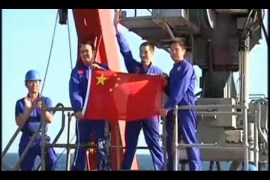 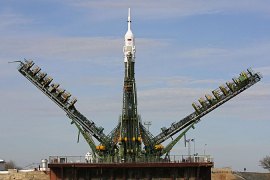 Space chief says Russia may consider manned mission to Mars after 2035 but criticises budget being given to his agency.