Ivory Coast has launched a South African-style truth and reconciliation commission in a bid to heal the wounds of a post-election conflict that left at least 3,000 people dead.

Officials inaugurated the Commission on Dialogue, Truth and Reconciliation (CDVR) on Wednesday, with the aim of bringing peace and “rebuilding the social fabric” of the once west African powerhouse.

The 11-member Ivorian panel will have to deal with the decade of turmoil, coup attempts, political and sometimes ethnic-religious violence, that culminated in the post-poll unrest from last December to April.

Following the run-off vote on November 28, Laurent Gbagbo, the then president, refused to admit defeat and hand over power to Alassane Ouattara, the internationally recognised winner of the poll.

The months-long crisis culminated in weeks of warfare.

A group of world statesmen founded by Nelson Mandela said punishment must be handed down fairly to those guilty of crimes on both sides.

Any suggestion that “victor’s justice” is being applied in Ivory Coast would undermine attempts to overcome its post-election bloodshed, South African Archbishop Desmond Tutu said on the eve of the launch.

Tutu headed the Truth and Reconciliation Commission set up in his country after the end of apartheid.

“We encourage President Ouattara to demonstrate to his people and the world that the judicial process he has started is both fair and completely impartial,” the archbishop said in a statement by the Elders, the rights group he chairs.

“We are convinced that the perception that ‘victor’s justice’ is being applied would greatly undermine the reconciliation process,” Tutu said.

Ouattara promised reconciliation when he assumed the presidency in May but his government has been accused of rounding up allies of Gbagbo, who was captured and is now under house arrest in the north of the country.

The group led by Tutu said: “The Elders emphasise that a successful commission should be inclusive and independent.”

“The Elders encourage President Ouattara to take steps to demonstrate publicly his commitment to the commission’s impartiality and independence. Reconciliation and justice are intertwined.” 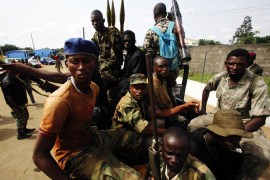 How much of a role does the media play in shaping the discourse of international diplomacy?